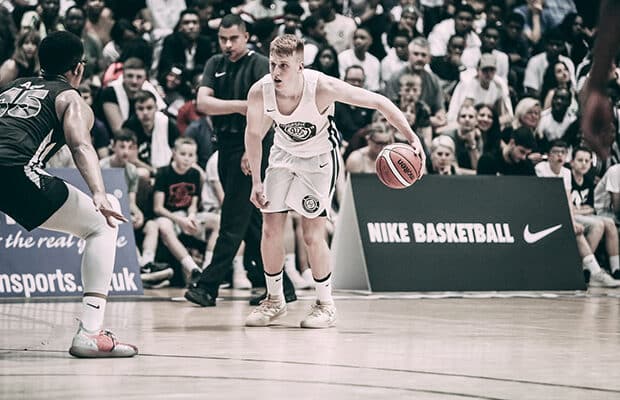 Widely considered a generational talent, the Great Britain Under-18, who as a 17 year old was one of the top players in NBL Division 1 Men for Worthing Thunder last year, is thought to become the first male player from the UK to make the jump directly to a high major programme without doing at least one year in the States first.

“I’m happy to say I’m committing to Wake Forest in the ACC, I’m really excited, kinda speechless, it’s an amazing opportunity for me and I can’t wait,” Hildreth said on the Hoopsfix podcast this week.

“…Speaking to the coach at Wake Forest, they want me to come in and have an impact straight away and I feel that’s big for me. I need to prove that I’m capable of doing that, in one of the best leagues, playing against some of the best teams. It’s a challenge, but I like taking on challenges and I’m willing to do what it takes to make sure I succeed in that type of league.”

Hildreth averaged 20.6 points, 6.0 rebounds, 3.1 assists and 1.1 steals on 52.5% shooting last year for the Thunder in NBL Division 1 (via Dave Owen Basketball), whilst also dominating his own age group in the Academy Basketball League (ABL) with Holy Trinity Storm to go undefeated and pick up Southern Conference MVP, and also making rare appearances for Sussex Storm in U18 NBL.

The Hoopsfix All-Star Classic alumnus is believed to be just the fourth male British guard to ever play at a high major programme, after Steve Bucknall (North Carolina), Karl Brown (Georgia Tech) and Richard Midgley (Cal).

Wake Forest went 6-14 last season, as Hildreth will become the first Brit to play there since Sam Japhet-Mathias in 2017-18.