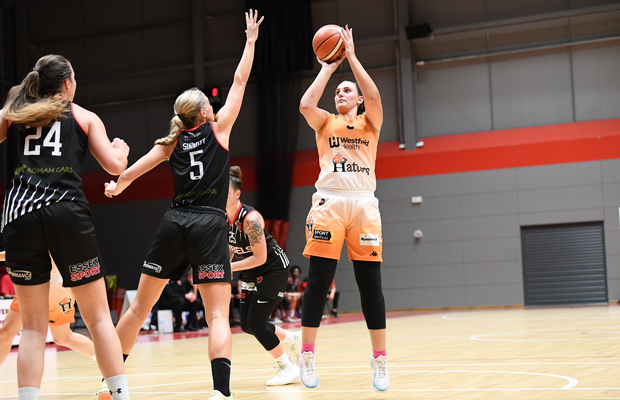 Helen Naylor has signed with Manchester Met Mystics for the 2020-21 season after six years in the WBBL with Sheffield Hatters.

The former GB Senior guard became a mother earlier this year and is set for a return to court to bolster an already strong looking roster under Jeff Jones.

Naylor ranks third in the all-time WBBL Championship scoring charts and has won multiple titles with Sheffield including the WBBL Cup title in 2019 having hit the game-winner in the dying seconds.

The Mystics opened their Cup campaign with a tough 65-44 defeat at Leicester Riders last Saturday, but have now added further depth to their roster.

Naylor could be in line for a debut when the WBBL returns next weekend with Manchester on the road against Newcastle Eagles.