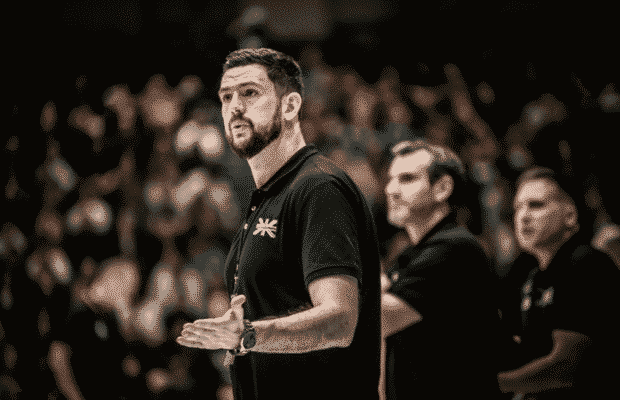 GB have confirmed the 14 players in the Senior Men’s squad that have travelled to Pau, France for the FIBA EuroBasket 2022 qualifiers this weekend.

Cameron Hildreth, Rex Pflueger and Kareem Queeley are in line to make their GB Senior debuts, though only 12 players able to suit up for the individual games against France and Montenegro.

Co-captain Myles Hesson is selected after overcoming a thumb injury on club duty in France, while there is no place for Ovie Soko, who is unavailable.

Akwasi Yeboah is also playing in France this season for his rookie year as a pro and could get his opportunity with GB lacking depth to their options in the front-court, while Tarik Phillip makes his return to the fold.

Sacha Killeya-Jones and Andrew Lawrence were amongst the players named in the initial 24, but would miss the window through injury.

GB take on France and Montenegro in the November window with both games being played in Pau, France.

Related ItemsCam HildrethGreat Britain Senior MenRex Pflueger
← Previous Story Green: We took over the game and were unstoppable at that point
Next Story → Steutel names GB Senior Men’s final 12 ahead of France match-up