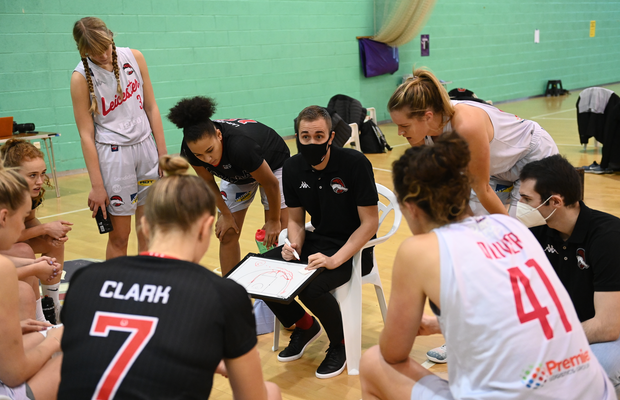 Three spots are still to be decided this weekend as the semi-final lineup in the WBBL Cup will be confirmed after the weekend’s action.

Sevenoaks Suns are guaranteed to advance from the South group with Oaklands Wolves – who had all three games cancelled due to the COVID-19 regulations – eliminated, while all four teams are in contention in the North group.

A lot can still happen, but hopefully this is not as confusing as it may appear:

*If Leicester win and Manchester win, there will be a three-way tie for second place and the head-to-head currently looks like this:

**If Newcastle win and Manchester win, there will be a three-way tie for first place and the head-to-head currently looks like this:

***In the case that Newcastle win by exactly 13 points and Nottingham win by less than 10 points, the head-to-head standings would look like this:

The tie-break would then revert to overall points difference, which effectively adds in the result against the Mystics. Riders won by 21, Eagles won by 10 so if the Wildcats did not win by at least double figures they would finish third. An exact 10-point margin would favour the Wildcats as they hold the H2H in the two-team tie-break.

****The same scenario applies for the group winner. If the Eagles win by exactly 13 points to cause the three-way tie on points difference on H2H then the Wildcats could win the group if they better the Riders’ 21-point victory over the Mystics – the only scenario in which they could finish above the Riders.

All four teams can still advance to the semi-finals.#BritishBasketball pic.twitter.com/pFACEgT6sW

**If Cardiff Met Archers lose both games this weekend, there will be a three-way tie for second place. If the Lions win by exactly 20 points, the three-way tie looks like this:

The tie-break would then revert to overall points difference, which effectively adds in the result against the Suns. Suns beat the Lions by 10 and had the forfeited win by 20 against the Wolves.

So, if they beat the Archers by single figures then the Archers would advance, but a double-digit win would mean the Lions advance. An exact 10-point margin would favour the Lions as they would hold the H2H in the two-team tie-break.