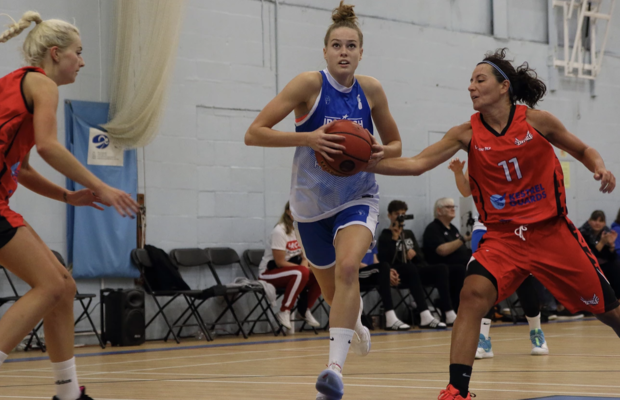 The 18-year-old was a GB junior international with the Under-16s and received an invite to participate at the 2020 Hoopsfix All-Star Classic, though the event was cancelled.

Pearson was named to the WEABL All-South Conference First Team for the 2019-20 season after averaging 19.1 points and 9.8 rebounds per game.

“I am excited to announce that I have verbally committed to Newberry College and will be joining them in September 2021,” said Pearson. “The recruitment process has been slightly different due to COVID-19.

“This has meant that I have been unable to visit the college, but I had the opportunity to experience a virtual tour. I have also formed good relationships with both Coach Tincher and Coach Cole, which has helped me come to my decision.

“In addition, I have been able to speak to my fellow team-mate Coco Leung who has had a positive experience going through the Newberry program which has been reassuring for both me and my parents.

“I feel like this the right choice for me because their style of basketball mirrors my style of play which is a fast tempo with a strong man to man defence.

“Also, the education is of a good standard and they have the perfect course for me there. I am looking forward to meeting Coach Tincher and Coach Cole in person and get on court with rest of the team.”

Pearson follows Ipswich and Copleston team-mates Esther Little (Gonzaga) and Cameron Taylor-Willis (Eckerd) in heading to the States next season.