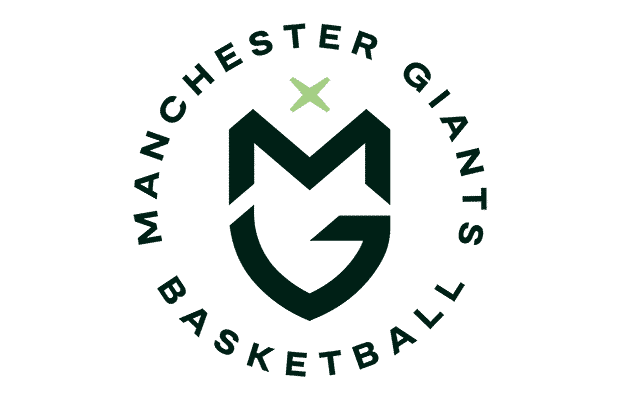 Manchester Giants have revealed their new brand identity which has been created with fans and players.

Throughout the 2020 lockdown, design experts worked with a group of fans and players to ‘co-create’ the new identity using digital tools, with it being based on the shape of the Manchester coat of arms, which is symbolic of the close association between the club and city.

Along with the new visual design, the club has redefined their purpose:

“We want to inspire 3m Greater Mancunians to rise together. To see their potential. To become Giant. Giants on the basketball court. Giants in the community. Giants in industry, and Giants in education.
If we all fulfil our potential. Imagine what we can achieve together.”

Coinciding with the rebrand is a new community engagement programme called “TEN x TEN” which will see ten professional players becoming an ambassador for each of Greater Manchester’s ten boroughs – the logo is crowned by the roman numeral for ten, representing these boroughs.

“Our new identity lays a marker for our ambitions both on and off the court,” Jamie Edwards, CEO of the Manchester Giants said.

“This year across all ten Greater Manchester boroughs we’ve seen people do incredible things. Giants have emerged in politics, in business, in education and in sport.”

“Through pro basketball we know we can inspire people and bring smiles to faces. But we also know our role is much greater than this. Through real community engagement we can help people become giants in everything they do.” 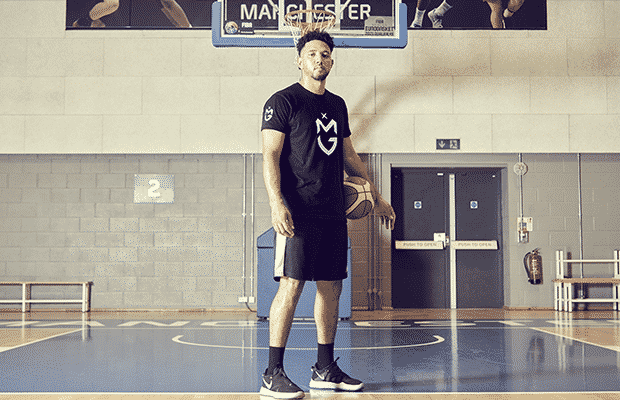 “We’re establishing a digital creative academy, teaming experienced professionals with apprentices. They will be given unique learning opportunities from an early age, contributing to court-side media coverage and working with professional athletes on a daily basis. This is the first of many initiatives designed to drive this basketball club, and this region, to even greater heights.”

There will also be an elite pathway to the Giants national league academy sides for the most talented prospects, many of whom would have traditionally gone abroad to further their talents.

Moving forwards, Junior players will enter into the club’s college academy system and then onto the under 21 national league side at the apex of the academy before hopefully breaking into the first team.

The player pathway will be mirrored by the pathway in place for young people more interested in acquiring digital skills, such as photography, videography and design via a partner university and colleges. This pathway is also designed to culminate in workplace opportunities.

“Our TEN x TEN programme forms the basis for the club from top to bottom,” Edwards added.

“We have modelled the best in the league, teams like Newcastle and Leicester, and admired their commitment to growing the game at the grass roots. Manchester has incredible potential in its community, its business base, its healthcare and education systems. Professional sports, and real community engagement, can help ensure this potential is fulfilled.

“Until now there’s been no pro-sports team representing the interests and growth of all ten boroughs of Greater Manchester. It’s a huge region and a Giant responsibility, which is perfect for us.”