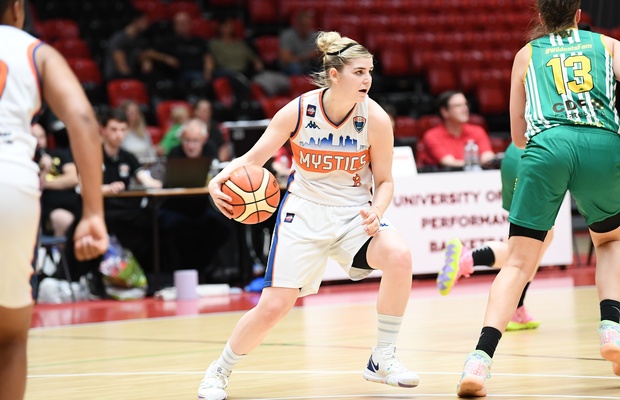 Georgia Jones has re-signed with Manchester Met Mystics as their first confirmed player on the 2020-21 roster.

The GB guard has played in every WBBL season since its inception as one of three players (Robyn Lewis and Judit Fritz) with 100+ league appearances.

Jones has been with her hometown Mystics since the 2016-17 campaign and led the league in assists last season with 7.1 per game as well as putting up 14.3 points.

The 30-year-old has become a regular amongst the GB Senior Women’s squad having initially broke through as a teenager.

One way to keep momentum going is to have constantly greater goals! So proud of what we accomplished at @eurobasketwomen 💪🏼 Secured our place in the Olympic Qualifying Tournament and made history finishing 4th in Europe ✅ So excited to continue the journey and see how far this team can go 🇬🇧♥️ #TeamGB #LoveThisTeam

Jones was part of the historic squad that reached the semi-finals of EuroBasket Women in 2019, whilst also competing in the FIBA Olympic Qualifying Tournament in Belgrade, Serbia, earlier this year.

The Mystics had a 10-5 record in the league last season before it was cut short due to the coronavirus pandemic, and they will continue their roster announcements this week.