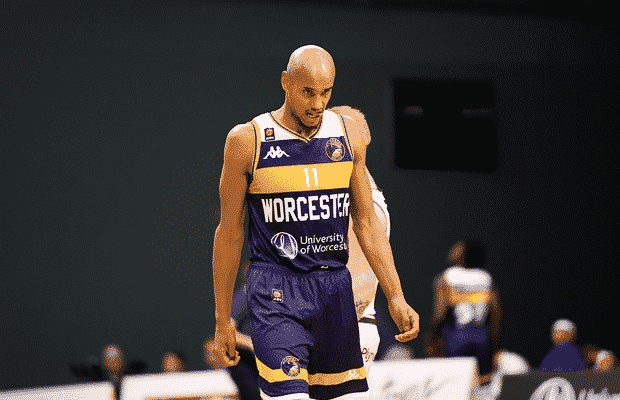 Raheem May-Thompson has re-joined Leicester Riders on a two-year deal ahead of the upcoming 2020-21 campaign.

The 29-year-old forward won the BBL Cup title with Worcester Wolves last season having previously spent two years with Cheshire Phoenix and a season in France since leaving Leicester in 2016.

May-Thompson averaged 6.4 points and 2.7 rebounds per game in 14 league appearances for the Wolves last season, and now returns to the Riders.

“I’m really excited to have the opportunity to go back to Leicester and to play for the Riders again,” he said.

“I know the organisation really well and I’m looking forward to linking up with the likes of Jamell (Anderson) and Conner (Washington) again, who were both playing when I was here the first time around.

“I am also very much looking forward to attaining a Master’s degree. Loughborough University is a first-class University and I value the opportunity they have afforded me.”

As well as Anderson and Washington, the Riders have brought back Canadian-Brit duo Corey Johnson and Mo Walker as well as American Darien Nelson-Henry, who is joined by compatriots and new recruits William Lee and Zach Jackson.