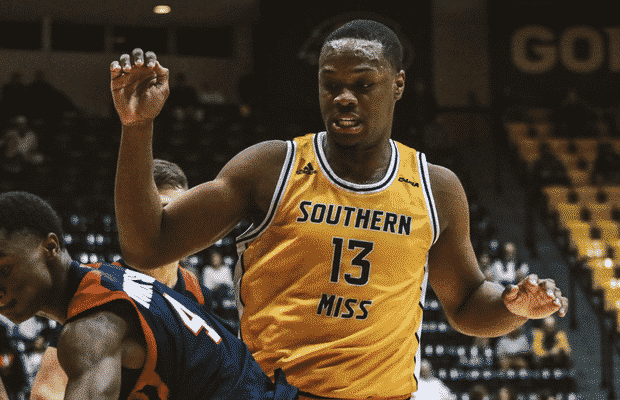 Boban Jacdonmi is set to play in the BBL next season for his first year as a pro after signing with Glasgow Rocks.

The London-born forward finished his college career at Southern Miss with averages of 7.0 points and 4.0 rebounds per game in his redshirt senior year.

Jacdonmi started the 2019-20 campaign with a career best of 29 points – along with 10 rebounds – on opening night, but missed a month through injury before the New Year.

“I am excited to have signed with the Rocks to start my rookie season,” he said. “I know this move will help the progression of my game.

“I plan to give it all on the floor every night and can’t wait to get started.”

The arrival of Jacdonmi follows the theme of young talent in the Rocks’ summer recruitment with no Americans signed under new player-coach Gareth Murray.