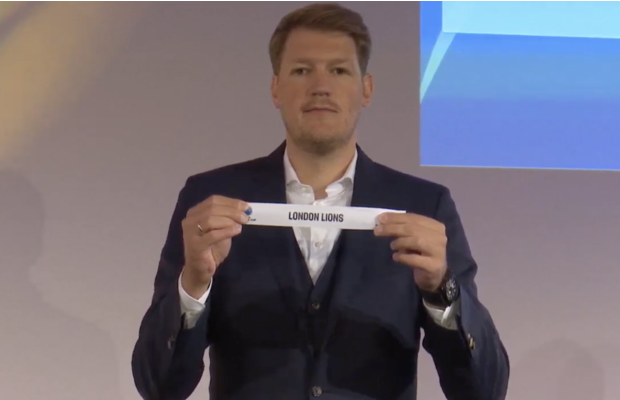 London Lions found out their second set of potential European opponents this morning as the 2020-21 FIBA Europe Cup draw took place in Munich.

The Lions were amongst the fourth seeds and were placed into Group E alongside three possible losers from the Basketball Champions League qualifiers; either Dnipro or Donar Groningen, Belfius Mons-Hainault or Anwil Wloclawek and Sporting or Fribourg.

The BBL side opted-in to the competition, which they will join should they fall in the Basketball Champions League qualifiers, with a maximum of 11 teams joining the 16 already waiting in the regular season; falling short of its usual 32-team field.

Meanwhile, their mission to reach the regular season of the BCL has been simplified following the decision to avert from two-legged ties to a Final Four version in which two wins from two will suffice.

The Lions are due to meet Lithuanian side Neptunas Klaipeda – understood to be cutting back on their usual budget – next month with the winner meeting the victor of the tie between Balkan and Tsmoki-Minsk, with the hosts yet to be announced.

Vince Macaulay confirmed his side have requested for the Copper Box to be the chosen venue with the club indicating a national broadcaster had been in place for their original home tie.

“This is an interesting development,” said Macaulay in the club’s statement on Monday. “We are 10 days into practice and focused on getting through.

“A Final Four should be advantageous to us, so we have asked if we can host the Final Four. The Copper Box Arena is one of the best venues in Europe and we believe we can generate National Television for this.

“I hope we get to do this – what a way to start our BCL adventure.”

The Lions have already confirmed 13 players on their roster for the upcoming season, while former NBA centre Byron Mullens sparked rumours of a move to the capital after posting the club’s logo on his Instagram story, accompanied by the hashtag ‘GoTime’.

In the 2018-19 season, Leicester Riders went 0-6 in the FIBA Europe Cup regular season after falling to Danish champions Bakken Bears in their BCL qualifier – having become the first British side in a decade to enter a European competition.