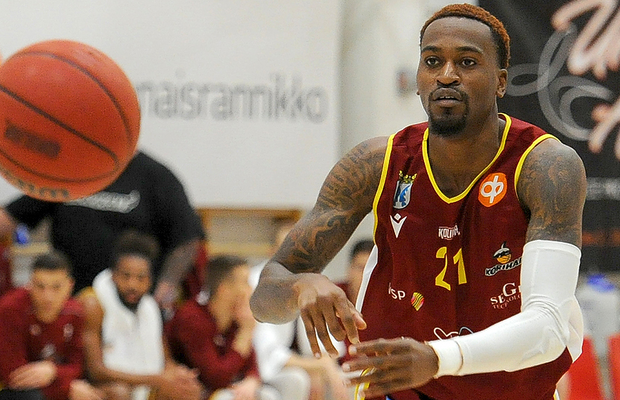 London Lions continue to show no sign of slowing their recruiting intent after announcing the addition of Kevin Ware to their 2020-21 roster.

The American guard is renowned for suffering a horrific leg break during the NCAA Tournament in 2013 whilst playing for Louisville against Duke – receiving global attention in the aftermath.

Prayers goes out to Kevin Ware and his family! May u have a speedy recovery kid and come back even stronger!

The Cardinals went on to win the NCAA title – later expunged due to a scandal – and Ware returned to the court before transferring to Georgia State – playing his senior year with new Cheshire Phoenix signing, Devin Mitchell also on the roster.

The New York native turned pro in 2017; playing in Czech Republic, Greece and Canada and spent last season back in Finland for a second spell – averaging 13.1 points, 6.1 rebounds and 3.1 assists in 10 games with Korihait.

“I am very excited about having the opportunity to play here in England,” said Ware. “The London Lions are a great club that is doing great things not just for basketball in the UK, but through communities across Greater London.

“Being here feels like home as I have family here. My uncle, Marlin Capers played here for many years and I am motivated and excited to be here with him.

“From the time I got off the plane and met the team and the coaching staff I felt comfortable instantly. We have incredible talent on this team and I know within a short time collectively we will be ready for any challenge.”

The Lions recently added Brit duo Kingsley Okoroh and Chris Tawiah and it is understood there are still a few more signings to follow with a large squad to contend with Europe and the domestic competitions, with practice already underway.

Follow all the ins and outs around the BBL with our annual rosters tracker, HERE.