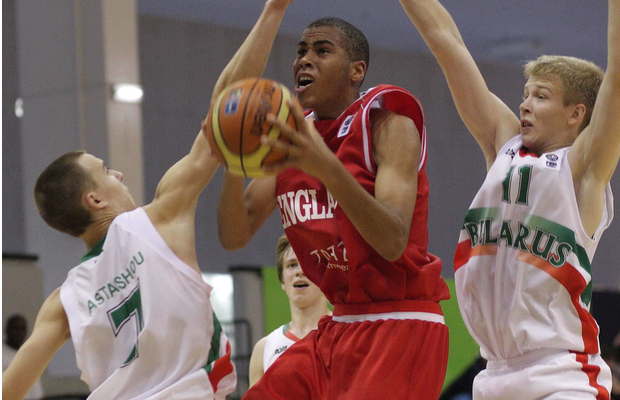 In the first of our ‘Euro reflections’ on the men’s side, Josh Ward-Hibbert looks back on competing at the FIBA U16 European Championship almost a decade ago, as well as combining his two sporting passions.

It’s a dream for most young kids to get to play the sport they love at a high level, and for Josh Ward-Hibbert, he got to do that with two sports.

The 1994-born guard was called-up to the England Under-16 squad to compete at the European Championship in 2010 for his first experience of a major tournament, whilst also honing his craft as a tennis junior.

“That was the first time I actually thought I was good at basketball to be honest, on a big scale,” he said in an interview with Hoopsfix. “Tennis was a big part of my life at that point and with that I missed a lot of basketball and therefore I’d only ever played a handful of European teams in basketball.” 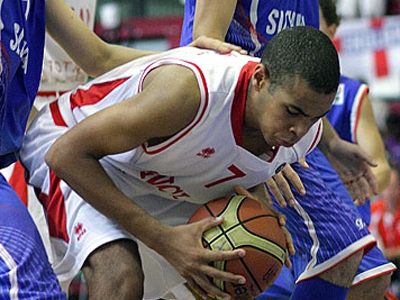 Ward-Hibbert earned recognition in Tallinn, Estonia by making it onto the All-Tournament Team with averages of 18.1 points, 6.1 rebounds and 3.6 steals per game.

He opened the tournament with 24 points, six rebounds and six steals in a 62-61 victory over Belarus and had four more games with 20+ points as well as two double-doubles.

“I was very pleased to make the All-Tournament team,” he recalls. “My achievement was cool. Social media wasn’t like what it is today so coverage was less, but I think that’s more the hype behind social media.

“However, I was gutted we couldn’t get promoted so that’s all I thought about. That was the only goal in my head.

“I never thought I had a particular role as we had so many talented players on the team – I just wanted to win.

“The whole experience with the team was great. Every game was a different challenge, but I felt we under-achieved.” 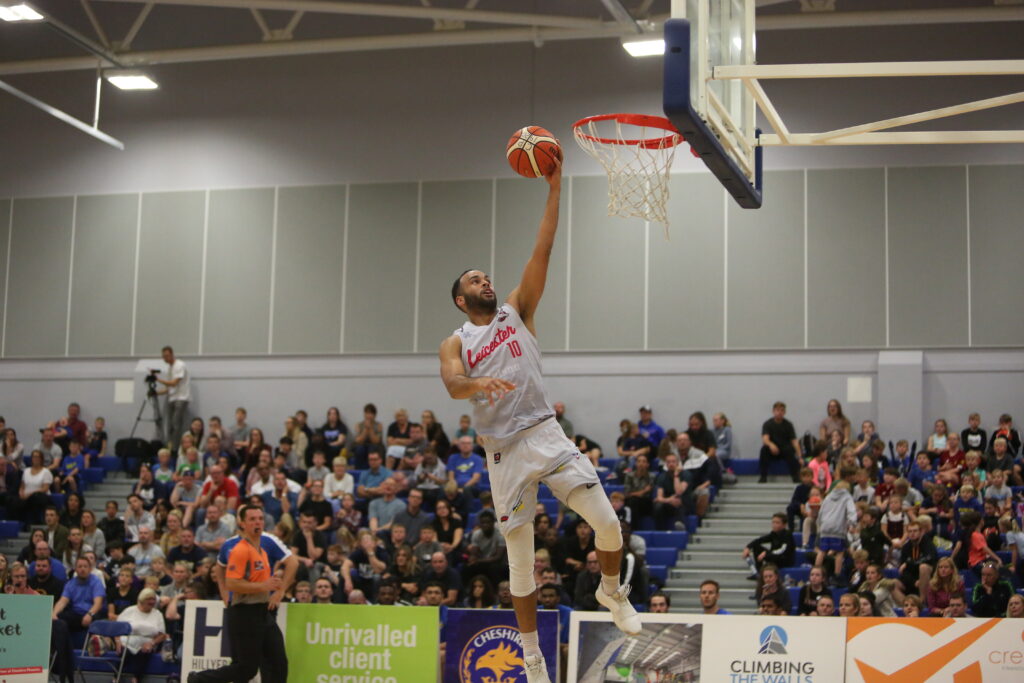 JWH in action for the Riders. Image credit: Joe Pinchin

The squad also featured the likes of Omari Coates, Elliott Sentance and Jordan Spencer as well as ’95-born duo Mo Soluade and Kingsley Okoroh with England finishing with a 5-3 record as they missed out on a place in Division B.

The U16 event in 2010 would be Ward-Hibbert’s only tournament with the National team, missing out on potential selections with the Under-18s and Under-20s as tennis became the main focus.

Less than 12 months later, the talented teenager had gone from starring on a European stage to competing at one of the world’s biggest sporting events by playing as a junior at Wimbledon – one of the four majors in the sport.

Ward-Hibbert gained a wildcard into the Boys’ Singles event and opened with a straight sets victory over Maxim Dubarenco. His second round encounter resulted in a 2-6, 5-7 loss against seventh-seeded Austrian Dominic Thiem, who has gone on to win 16 ATP titles and is currently ranked third in the world.

“I felt blessed being able to play two sports,” he stated. “I loved and still love both sports. It was my life so it’s all I knew.

“The only downside was time. Every month and each week, I’d have to pick between tennis tournaments and basketball games where I picked tennis most of the time.

“Wimbledon is a great sporting event and playing some of them matches will be the best times of my tennis career, especially with some of my friends and family being able to be court side.”

Ward-Hibbert went on to enjoy Grand Slam success as a junior; partnering with fellow Brit Liam Broady to win the Australian Open doubles title in 2012 as well as capturing a number of titles on the Futures circuit before returning to basketball four years later.

As tennis became his primary focus, it does leave the question as to what could have happened if basketball was the sole dedication, though Ward-Hibbert, now 26, prefers not to look at it like that.

“It is normal to think about that, especially now I’m playing basketball, but I don’t regret my decision,” he concluded.

“I did what I wanted to do at the time and that has made me the person I am today.”

Ward-Hibbert will be at a new club next season having opted out of his contract with the Leicester Riders, it was announced last week.