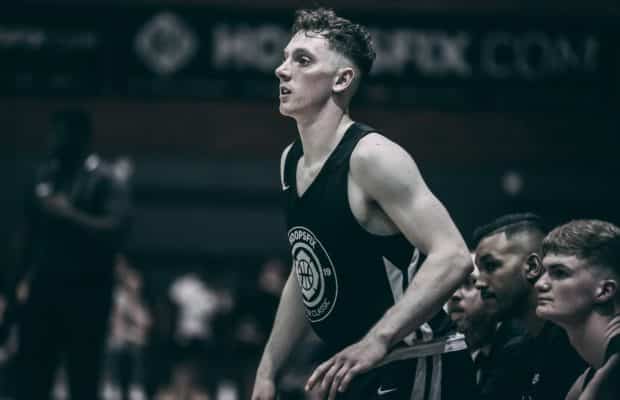 Chris Feeney is looking forward to making an impact at Flagler College after opting to commit to the D2 school.

The GB junior international averaged 13.2 points per game for Barking Abbey in NBL Division 1 this past season having also competed in the EABL.

Happy to announce my commitment to Flagler College @flaglermbb ! Thanks to everyone at @bballpaisley @cbhospitalet and @abbeynation for being part of my journey so far. #gosaints

Feeney spent two summers with GB’s Under-18s in Division A, whilst also playing for the Under-16s with GB as well as Scotland – and now is ready for the challenge in the States.

“It feels great to accept the offer and be able to have the opportunity to continue playing basketball at a very high level, while getting education for free,” he told Hoopsfix.

“Flagler was the perfect fit for me on and off the court. The team plays in a system that is perfect for my skillset and the school is located in a very nice area in Florida.

“Throughout the recruitment process, the coaching staff have been great with me and have really shown me how much they buy into and support their players.”

The chance to continue developing is important for Feeney with the opportunity to also fuel long-term aspirations.

“I hope to have a good role on the team – I feel that I can come in and have a positive impact as an experienced guard that plays at a high level on both ends of the floor. My goal is to develop my skillset and learn as much as I can during my college experience.

“Beyond college, I hope for a professional contract and longevity – earning a living by playing the sport that I love.”

The Scottish native suited up at the Hoopsfix All-Star Classic last summer as part of the Underclassmen game as well as competing in the inaugural 3-point contest.

Flagler finished 14-15 on the 2019-20 season with Gedi Juozapaitis now transferred to D1 after a dominant sophomore year.