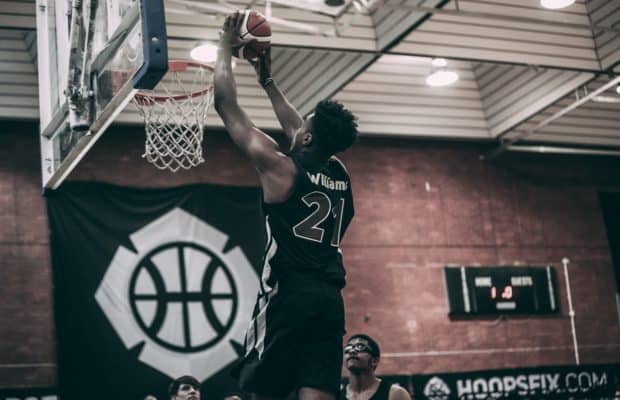 Amari Williams believes he will fit into the playing style at Drexel University after his signing for the 2020-21 season was confirmed.

The 2002-born forward links up with former Myerscough team-mate Mate Okros, who averaged 5.5 points per game in his freshman year with the Dragons.

Williams is looking forward to the challenge that awaits having also considered College of Charleston – another team in the Colonial Athletic Association (CAA).

“Getting a scholarship is a blessing and a great thing for me to receive as it is nearly every basketball player’s dream,” he told Hoopsfix.

“The main reason behind my decision was how they stuck with me throughout Year 12 and 13 – even when I was in rough patches throughout the summer, they still continued to support me and uplift me like I was already apart of their family.

“The playing style they have is one I know that I can fit into. I see myself being able to do the things they have recruited me for and what I’m really good at and confident in.

“I hope to learn from my team-mates and coaches, and even some of the opposing players I may be going up against throughout the season.

“My long term goals after college are to come out with the degree I will be studying whilst also possibly still playing in the country or somewhere in Europe.”

Williams will head out to Philadelphia off the back of a successful stint with Myerscough, recently winning the Haris Tournament as well as the EYBL regular season title.

The GB Under-18 international has also made back-to-back appearances in the Underclassmen game at the Hoopsfix All-Star Classic.

Drexel finished with a 14-19 record in the 2019-20 season including a first round defeat in the CAA Tournament.