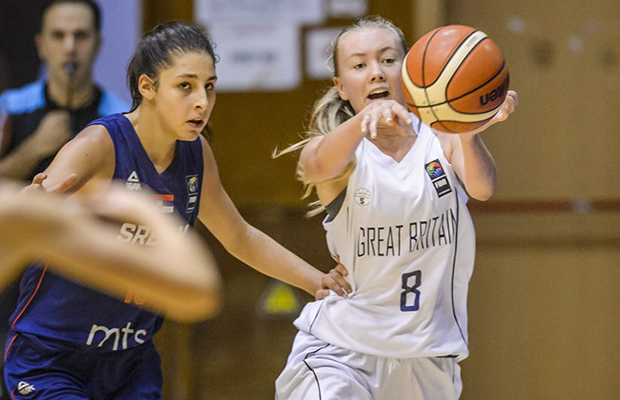 Abbey Whitehouse and Carmen Segura Moreno secured the top honours in the WEABL 2019-20 end-of-season awards after being named MVPs in their respective conferences.

GB Under-16 international Whitehouse starred for Sheffield College in the North with a league best 22.3 points per game along with 12.6 rebounds, while Spaniard Segura Moreno posted 14.3 points, 4.0 rebounds and 1.3 assists pet game having starred for South leaders John Madejski Academy.

“I’m so grateful for winning this award and being able to take part in the Northern Conference of the WEABL,” said Whitehouse.

“My overall performance was a reflection of the team effort with a limited bench, I feel everyone played a significant part and had a big contribution to the team’s success both on offence and defence this season.”

Derby’s Kenny Hamilton (10.3ppg, 15.4rpg) scooped both the Most Improved and Defensive Player of the Year awards joined Whitehouse in the All-First team in the North along with Manchester’s Jade Mbam, who averaged 14.3 points along with 7.9 rebounds.

Molly James impressed for Charnwood with 10.4 points and 3.4 assists with Nottingham forward Mariam Olawiyon rounding out the lineup after averaging 18.1 points and 8.0 rebounds.

In the South, Segura Moreno was joined by JMA back-court partner Sitota Gines Espinosa (14.2ppg, 4.0spg) as well as Amelia Sandie, who put up 12.0 points on the season for CoLA.

Another Copleston starlet – and Under-18 National Cup final MVP – Susannah Rafiu picked up the Defensive Player of the Year award in the South with CoLA’s Simona Henshaw named Most Improved Player.

Head coach Jackson Gibbons picked up his fourth Coach of the Year award in the South, while Nottingham’s Kenrick Liburd collected the award in the North.

The WEABL final – scheduled to take part in Essex on Wednesday – has been postponed after BE announced a two-week suspension of all affiliated basketball activity due to the coronavirus outbreak.