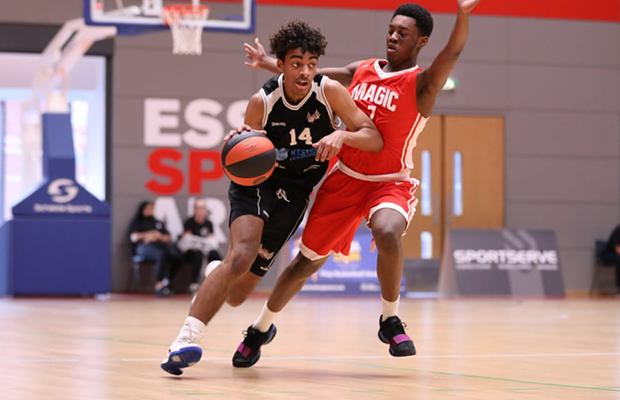 Solent Kestrels claimed the 2019 Under-16 National Cup title with a 75-63 win over Manchester Magic on Saturday afternoon at the Essex Sport Arena.

Rory Urquhart-Hawkins took home MVP honours with 23 points, 9 rebounds, and 3 assists, whilst knocking down four three pointers as Solent took control in the second period before having answers for every Manchester rally in the second half.

George Clark had a 16-point, 11-rebound double-double, Leslie Okafor had 14 points and 12 rebounds for a double-double of his own, whilst point guard Zak Missouri finished with 12 points and 8 assists.

Manchester were led by Ben Prince’s 14 points, with Joe Buchanan having 11 points and Ben Brown joining them in double figures with 10.