Rachael Vanderwal ruled out for the rest of the season with knee injury - Hoopsfix.com 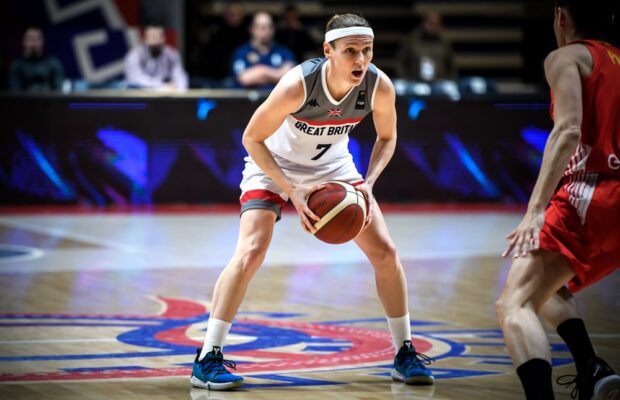 Rachael Vanderwal is set for a spell on the sidelines after suffering a knee injury on her return to club duties in Belgium.

The 36-year-old competed at the FIBA Women’s Olympic Qualifying Tournament with GB in Belgrade earlier this month, but sustained the injury during Namur’s Cup semi-final clash with Castors Braine.

“Right now, I am obviously devastated,” Vanderwal told Hoopsfix after confirming her torn ACL. “It’s probably the worst injury a basketball player can have, but I just have to change my thinking and set new goals.”

Vanderwal will miss the rest of the 2019-20 season and is set to have surgery in Belgium next month having also sustained a small tear to her MCL.

She added: “I’ll be focused on rehab and making sure I’m back on the court feeling stronger than ever before – keeping my positive glasses on.”

Vanderwal was averaging 13.5 points and 5.0 assists per game in league play, whilst putting up 8.3 points per outing in four appearances in EuroCup Women action.

The switch to Belgium came following five seasons in Spain – three of which came in two spells for Gernika as well as playing for Zaragoza and Uni Ferrol.

Vanderwal has been a long-serving member of the GB Senior side, joining the century club of international caps last summer.