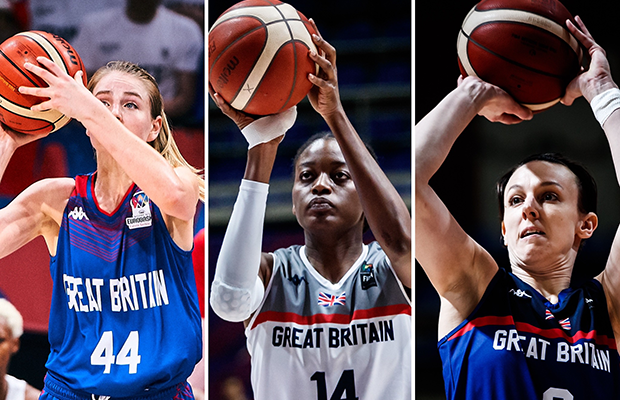 Three members of Great Britain’s Senior Women will be flying the flag as they compete in the EuroCup Women quarter-finals.

Temi Fagbenle and Karlie Samuelson helped Perfumerias Avenida through to the last eight stage, while Chantelle Handy drops into the competition with Castors Braine having played in EuroLeague Women.

The Belgian side finished fifth in Group A with a 3-11 record and would have missed out on an ECW spot had it not been for TTT Riga forfeiting their final fixture after refusing to travel to Slovenia after the original fixture had been moved from being held in Italy.

Meanwhile, Avenida cruised through to the playoffs of the EuroCup with a 6-0 record in the group stage, earning a bye straight into the Round of 16 stage.

They defeated Artego Bydgoszcz 158-131 on aggregate to advance before seeing off Sparta&K M.R Vidnoje in a 169-126 overall triumph with Fagbenle netting 16 points in the 31-point second leg victory at home.

The 27-year-old made a mid-season switch from Botas to link up with Samuelson and averages 9.9 points and 6.9 rebounds in the competition this season.

Samuelson has put up 9.8 points over 10 games as a 49% shooter from 3-point range with a scoring best of 33 points coming in the group phase.

Avenida are joined in the last eight by two more sides from Spain – Valencia and Girona – while there are also two clubs from France (Landes, Carolo) as well as representatives from Russia (Kursk) and Italy (Venezia).