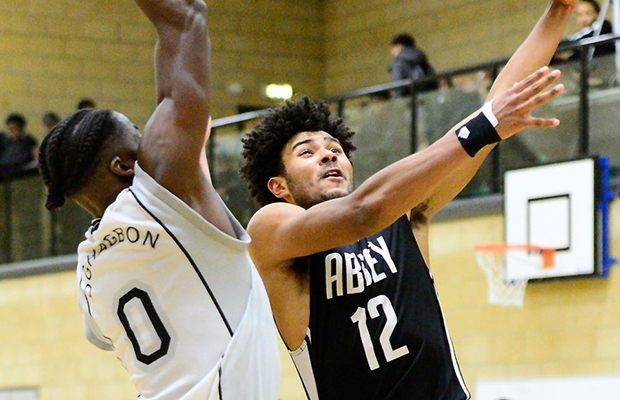 Barking Abbey have revealed that roster that will travel to Kaunas, Lithuania this week to take part in the Euroleague’s prestigious Adidas Next Generation Tournament (ANGT).

The tournament, the premier youth competition in the continent, takes place from February 7th to 9th in Kaunas, Lithuania, and will see Barking Abbey face off against Rytas Vilnius; 2013 ANGT
champion, Joventut Badalona and Casademont Zaragoza, both from Spain; Fenerbahce Beko Istanbul from Turkey, Nanterre 92 from France, and Umana Reyer Venice from Italy.

All three players, along with their Academy and Club team coaches, have been in communication with Vear about their inclusion.

“It’s great we can invite three players of this calibre to come in and play in such a high level tournament and help our team,” Vear commented. “The coaches of all three programs Danny Hildreth, Josh Metcalf & Will Maynard have been very open to letting their players come in and experience one of the biggest youth tournaments in the world, something that I see is a real positive for the sport at this age group.”

A number of top European prospects will be suiting up in the tournament in Kaunas, including 2004 born 7’2″ Victor Wembanyama with Nanterre, whilst Josep Cera for Zaragoza just made his debut in the ACB.

““We are really excited to participate in Europe’s biggest youth tournament and to go up against some of Europe’s best teams and players at that age group,” Vear added.

“We want to go to the tournament and show why we warranted an invite, it’s great for the players to be exposed to this level of elite basketball.”

This year, the 18th edition, will feature teams from 32 clubs and basketball academies representing 14 countries competing to reach the finals at the Turkish Airlines EuroLeague Final Four in Cologne, Germany, where this season’s champion will be crowned on May 24, 2020. It marks the second time BA will compete in the competition, having hosted a qualifier in 2010; they are the only British club side to have played in it.