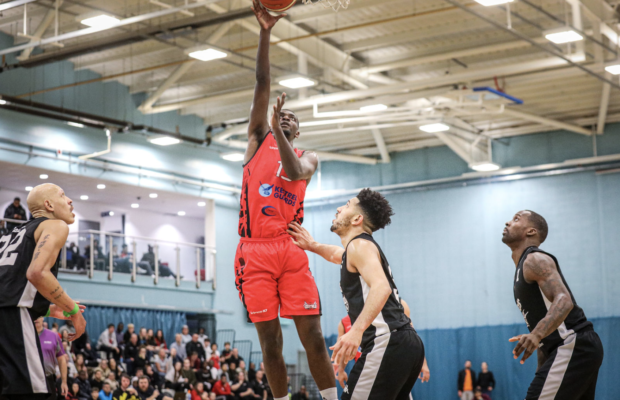 Worthing Thunder and Solent Kestrels will meet in the quarter-finals of the BBL Trophy after both teams knocked out BBL opposition over the weekend.

NBL Division 1 leaders Solent were first to advance as they pulled off an impressive 82-92 triumph over London Lions at UEL’s Sports Dock.

Travis Charles led the visitors with 26 points, 14 rebounds, three assists and three blocks as they raced out of the blocks and never looked back, leading by as many as 20 points in the contest.

Meanwhile, Worthing set up the all-D1 tie as they held on to see off Manchester Giants for an 84-88 victory behind 22 points from Alex Owumi.

A dominant 15-31 opening quarter from the visitors set the tone, and despite a late 10-0 run from the Giants – still without a win this season – they secured the victory.

They could … in the sense that aliens *could* land on the roof of the Copper Box tomorrow.

It’s the second year in a row that Worthing have knocked out BBL opposition having defeated Surrey Scorchers in last season’s competition.

Elsewhere, Matt Scott exploded for 42 points as London City Royals defeated Surrey 83-102 on the road in their first game in three weeks.