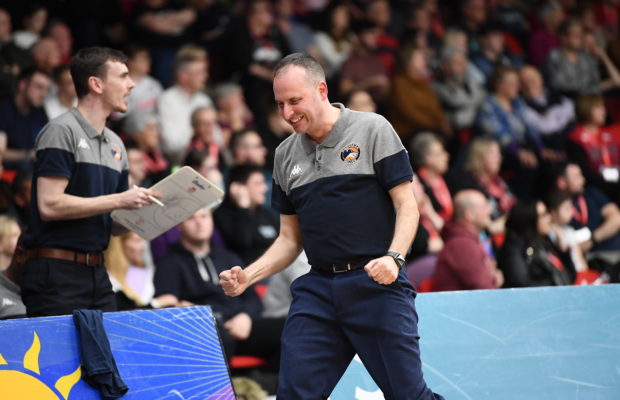 Worcester Wolves will take on Bristol Flyers to decide the first piece of silverware of the 2019-20 BBL season after overcoming Leicester Riders in the last four.

Jordan Williams top scored with 18 points and added eight rebounds, while Cortez Edwards finished with an all-round effort of 17 points, seven rebounds and eight assists as the Wolves wiped out a three-point deficit from the first leg.

Matt Newby – who returned to the BBL this season following a previous spell at Leeds – will take his side to Birmingham on Sunday 26th January in a battle to become first-time Cup winners.

Bristol booked their place in the final before Christmas as they defeated South group winners London City Royals in both legs for an overall 175-159 triumph.

The Flyers will appear in their first BBL final since their rise to the top-flight in 2014, and it marks almost 10 years since they defeated Manchester Magic to win the National Cup.