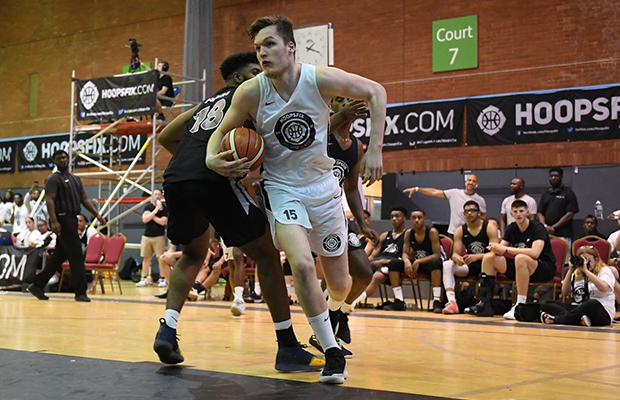 The 7’0″ Great Britain Under-18 is averaging close to a double-double in NBL Division 1 this season and was selected to the Hoopsfix All-Star Classic this summer.

“Adding Theo to our program is really exciting and addresses a major needed on the interior for us,” head coach Jeff Linder said.

“Theo’s size and strength will certainly be assets, but what really sets Theo apart from most traditional post players is his skill level and his IQ.

“He’s been trained at one of the most prestigious prep programs in the U.K. at Barking Abbey School, and he’s also had extremely valuable experience playing for the Great Britain national team for the past several years and been a big part of his country’s success on the European stage. We believe Theo’s best days are ahead of him and that he will have a big impact on our program for many years!”