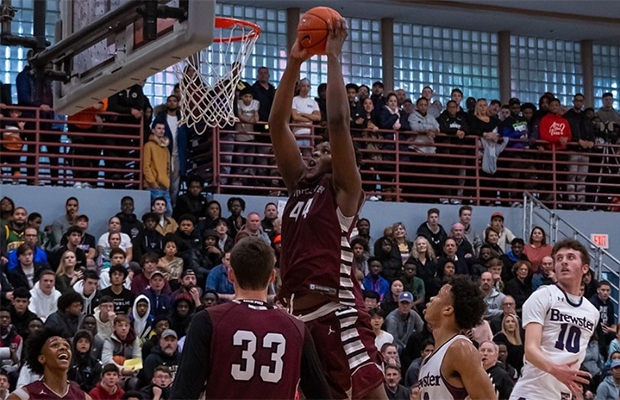 Josh Ogundele has signed with NCAA Division 1 school University of Iowa for the 2020-21 season.

The 6’10” former Barking Abbey big man left for the US aged 16 to attend high school, ending up at Worcester Academy competing in the renowned New England prep league, whilst competing for Great Britain Under-16s and Under-18s in the summer.

“Josh is going to have an immediate impact on our program,” Iowa coach Fran McCaffery said at the time of his signing. “He is a young man with great character, and we are thrilled he has joined the Hawkeye family.”

Playing for the Boston Amateur Basketball Club on the EYBL Circuit, Ogundele averaged 10.5 points, 6.5 rebounds, and 0.7 blocks per game in 13 games while playing 24.2 minutes per contest.

In the five games at the Peach Invitational, Ogundele boosted his scoring averaged up to 13.4 points and 13.8 rebounds per contest while shooting an efficient 61 percent from the field.

Ogundele becomes the first Brit to attend Iowa since current GB senior international Gabe Olaseni, who attended from 2011-2015; the two communicated with each other during the recruiting process.