Five Things to Look Out For This Season in the BBL - Hoopsfix.com

Five Things to Look Out For This Season in the BBL 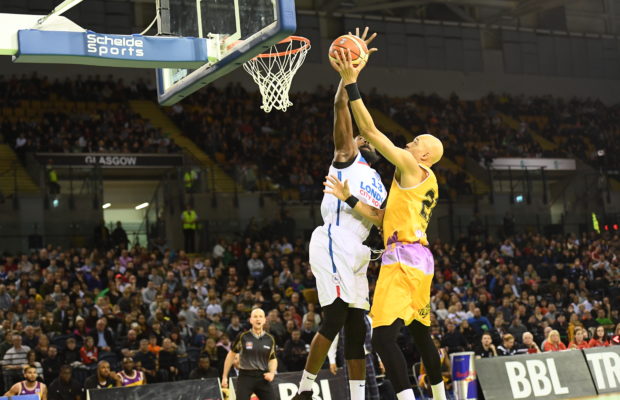 The new BBL season is finally upon us after the usual lengthy off-season, and we have taken a look at some of the things to keep an eye on for the 2019-20 campaign.

The BBL announced new changes to the format of the 2019-20 campaign at the back end of last season, which were met with mixed responses. Many people – including the players – have been crying out for a return to playoff series’ and with teams like Leicester Riders and Newcastle Eagles owning their venues, this becomes easier to facilitate in theory. Best-of-3 will be played out in the post-season up until the showpiece finale at The O2, though aggregate basketball remains – as it does in the BCL (Basketball Champions League) and FIBA Europe Cup – in the Trophy and Cup competitions.

The league season has been reduced from 33 games to 22 as all teams play each other home and away as opposed to three times during the regular season as it has been in recent years. While some argue it will devalue the league with fewer games, the change should put more onus on those games and teams have more time to settle before getting their league campaign underway.

An extended Cup competition opens up the season with the 12 teams split geographically into two pools of six – playing 10 games over nine weeks through to mid-November. The differing approaches will be interesting to see.

Stepping stone is a term most often used when describing the BBL, and you can’t completely disagree with it. Player turnover is not uncommon in basketball, particularly in Europe, and although the shift has slowly been changing, there remains a long way to go in having the best British players in the league.

Justin Robinson really set the tone in returning home to the Lions before their new-found capital rivals made statement signings with the additions of Matthew Bryan-Amaning and Ashley Hamilton a year ago. This summer, Andrew Lawrence is the latest GB international to return home, while Jesse Chuku is also set for his first season in the BBL following multiple seasons overseas in Spain, and that’s before mentioning the potential bombshell of Ovie Soko’s arrival, albeit in different circumstances.

On the flip side, Jordan Spencer had an impressive rookie season in a double-winning campaign with the Lions and has opted for a move overseas in joining Schalke in Germany’s Pro-A (second division) and will come up against familiar opposition with MVP candidate Donte Nicholas also making the switch along with Jalan McCloud and Daniel Norl.

The incredible athleticism of Dirk Williams and lock-down defence of Conner Washington will be seen in Hungary this season, though teams are striving for more continuity and the likes of American BBL rookies Fred Thomas (Bristol), Jalen Hayes (Cheshire) and Greg Pryor (Glasgow) were all retained to go against the usual ‘one and done’ tradition with imports.

Of course, there are a lot more factors to be considered with wages etc.. but having top British talent in the league can only be a good thing. There is a lot of talent around the league on the whole and player retention also helps build the rapport with fans.

When you think back to the best games of last season, two London derbies immediately spring to mind. The Royals backed up their pre-season hype as the newcomers prevailed in a classic in the Trophy final in Glasgow – Ed Lucas’ clutch three forcing overtime before victory was secured.

The Lions had been looking to add to their Cup title, but put the disappointment behind them to claim a first league title in club history, while a strong Leicester Riders display in the playoff final prevented a full London sweep of the four trophies. The teams met shortly after at Crystal Palace and another thriller ensued as the hosts battled back from 16 down to prevail, although the Lions did win both meetings at the Copper Box.

Both London clubs doing well on (and off!) the court is no doubt good for the league and rivalry is a huge part of sport and what attracts attention so here’s hoping for more fascinating duels this season.

One of the biggest stories of the summer – aside from Ovie’s appearance on Love Island – was the departure of Fab Flournoy MBE. A BBL legend and hero of the North-East, the 46-year-old (who was still playing last season) links up with two-time BBL Coach of the Year Nick Nurse at NBA champions, Toronto Raptors on his coaching staff. Flournoy first joined the Eagles in 2001 and would become player-coach in an incredible 16-year span, making the club the most successful in the league’s history.

Simply irreplaceable, but Ian MacLeod has the unenviable task of taking the reigns in an interim capacity – which may take any pressure off – having been promoted from within. With a long association with the club and being involved with GB National Teams as an assistant, MacLeod now has the chance to take centre stage and look to make his own mark on the club.

Meanwhile, Lloyd Gardner is another first-time BBL head coach this season. The former junior international has become one of the most well-respected coaches in the country after an unrivalled period of dominance over the junior development scene during his time at Barking Abbey. Gardner replaces Junior Williams at the Royals following his summer departure, and will have top British talent at his disposal having previously guided Kent Crusaders to the NBL D1 title with a squad consisting of under-23 Brits.

Matt Newby has also finally been given another shot in the BBL as Worcester Wolves’ latest head coach having been away from the league since the demise of Leeds Force. Establishing a strong British core, Newby has a completely new roster to work with and look to take the club back up the league table following their disappointing campaign last season, finishing in 11th.

And, you can’t look too far from Worcester when it comes to potential British stars as the trio of Jordan Williams, Kofi Josephs and Raheem May-Thompson all return to the league from European ventures with the chance to stand out with bigger roles.

Williams is yet to have a full season after a number of short stints at Surrey, and having been MVP in last year’s British Basketball All-Stars Championship triumph there is more to come, while sharp-shooting Josephs – who represented England at the Commonwealth Games and was on GB’s EuroBasket 2017 squad – is back having seen his role at Glasgow Rocks slowly diminish in his previous BBL spell. May-Thompson won the BBL Cup title with Cheshire two years ago before heading out to France last season and is a player continuing to improve.

Josh Ward-Hibbert was one of the emerging stars in the whole of the BBL last season as his role and production grew for Leicester Riders, coinciding with their late season burst and eventual triumph in the playoffs at The O2. You can expect more improvement from the former tennis junior under Rob Paternostro with the chance to excel at both ends of the floor.

Keep an eye on former GB Under-20 duo Earl Russell and Fraser Malcolm as they look to add depth to the Rocks in Glasgow, while Jordan Whelan looks a smart pick-up by the Lions after shining under the radar in Worcester. Another former U20 to mention is Canadian-born guard Nick Lewis – not so much a potential breakout star having impressed in the league before, but his return to Sheffield will be worth watching.

Every BBL game this season is set to be shown live on the BBL’s YouTube channel, starting with a five-game slate tonight as the BBL Cup gets underway.