GB U16s Cruise in Second Half to Get Past Austria - Hoopsfix.com

GB U16s Cruise in Second Half to Get Past Austria 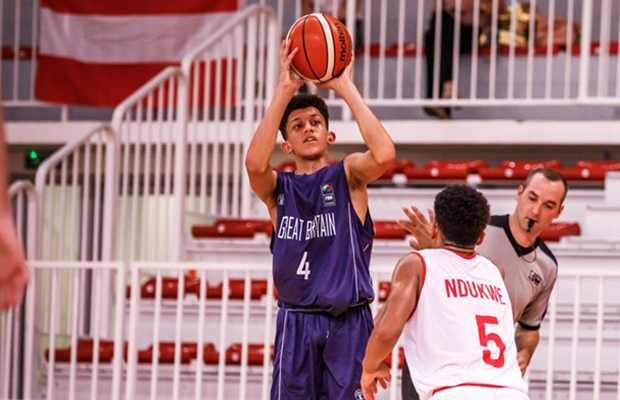 Great Britain Under-16s pulled away in the second half for a 62-45 win over Austria on Saturday evening at the Division B European Championship in Podgorica.

GB made their mark with a 21-5 third period, whilst dominating the glass all game with 27 offensive rebounds as they picked up their second straight win following an opening night loss to Finland.

Sultan Adewale had 16 points and 14 rebounds, Michael Belle had another double-double with 15 points and 17 rebounds, whilst Quinn Ellis (pictured above) had 14 points.

“We struggled offensively first half and missed a few easy ones we usually finish,” Head Coach James Vear said after the game. “The guys stayed focused and had a great third quarter which put them away, defensively we are starting to see how good we can be and I hope we carry that through the tournament.”

They will now have a day off before returning to action on Monday when they face Belgium.