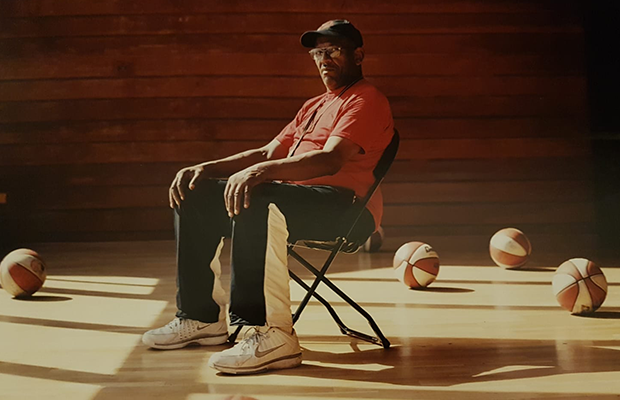 The Brixton Topcats will be holding a memorial showcase event to honour the late Jimmy Rogers next weekend.

‘Jimmy’s Jam’ taking place on Sunday 25th August at Brixton Recreation Centre, will be a celebratory day of basketball, bringing together the Brixton and wider basketball community to celebrate Jimmy’s legacy, hosted by alumni players and featuring special celebrity guests.

Beginning the day with a clinic for younger players, doors will officially open to the public at 11am, with games starting at midday. There will be no less than seven games, featuring prominent Brixton Topcats players, past and present, including the likes of GB guard and reigning two-time BBL MVP Justin Robinson, along with current pros Matthew Bryan-Amaning, Eric Boateng, Ed Lucas, Lavinia Da Silva, Rachel James, plus legends of the game such as Ronnie and Stedroy Baker, Roz Mason, Andrew Bailey and David Lavinier.

Two-time NBA All-Star and Rogers’ most famous player, Luol Deng, will also be in attendance.

“As the name suggests it’s a jam, a jam to honour the late Jimmy Rogers,” Moji Odusanya, Topcats’ Head of Basketball Operations said.

“A jam bringing together Alumni as well as present members of club along with those who had close ties. It’s going to be a fun filled day of basketball games with players spanning as far back from the 90’s through to the present day.

“Dancers, food, prizes, fund raising and a special guest performer on the day will capture Jimmy’s legacy and allow the club to move forward and ensure its longevity. We hope to see you there. Let’s Jam!”

Rogers, who passed away in October last year at the age of 78 after a six-month battle with cancer, was a prolific community giver who founded Brixton Topcats Basketball Club in the 1980’s amongst the backdrop of the Brixton riots with the main aim of giving young people positive sporting activities so that they could progress in life through education and into the world of work.

Rogers is responsible for an extensive list of British basketball talents including two-time NBA All-Star Luol Deng, former WNBA player Andrea Congreaves, current BBL MVP Justin Robinson, Matthew Bryan-Amaning, Eric Boateng, Ogo Adegboye, the Baker twins, Andrew Bailey and many more, but most importantly provided an outlet for thousands of inner-city youth with a club that became a cornerstone of the local community in South London.

A legend in the truest sense of the word, Rogers was not only responsible for producing great basketball players with the Topcats, but numerous other professionals who beat the odds; doctors, lawyers, academics, journalists, teachers and more, who all credit the club for their success.

The tickets, which are free, have already sold out but the club are hoping to release more in the coming days here.

Brixton Topcats are collecting donations to support this event and the 2019-20 basketball season to support the club; you can support here.