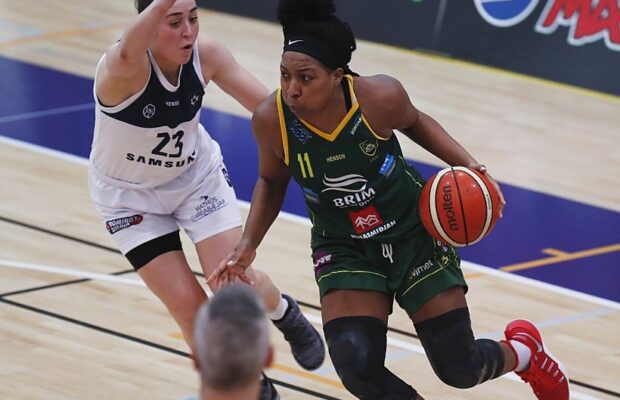 Shequila Joseph is heading to Germany for her next season as a pro after signing with top-flight side Rutronik Stars Keltern.

The German side announced the move earlier this month and they will once again be competing in EuroCup Women for the 2019-20 campaign.

A post shared by RutronikStarsKeltern (@rutronikstarskeltern) on Jun 28, 2019 at 12:24am PDT

“I’ve decided to play for the Stars next season because I’ve always wanted to play in the EuroCup and be part of a good programme,” she told the club’s website. “I hope we will win a Championship and believe that we have the talent for it.”

Joseph makes the step up after a short spell playing in the Mediterranean Cup with B. Loewen in May/June after dominating in Israel at Skallagrimur last season.

In 28 appearances, the Ole Miss alum posted 20.8 points per game and led the league in rebounds with 14.5 per outing with her side finishing with a 6-22 record in the top-flight.

Last season, Keltern lost 3-2 in the playoff finals after finishing with a 15-5 record in the regular season.