Karlie Samuelson Re-Signs with LA Sparks in the WNBA - Hoopsfix.com

Karlie Samuelson Re-Signs with LA Sparks in the WNBA 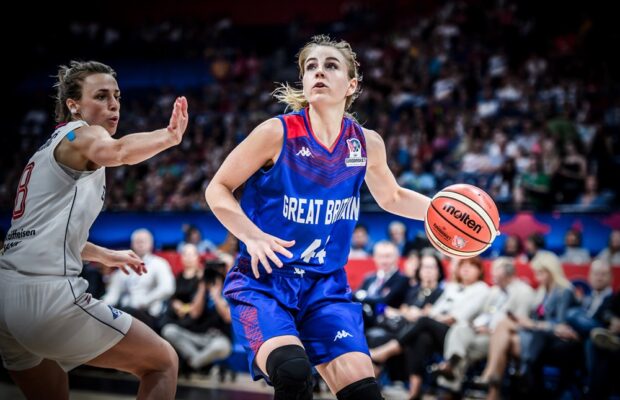 Karlie Samuelson has re-joined WNBA side Los Angeles Sparks after being handed a seven-day contract following her impressive displays at FIBA Women’s EuroBasket 2019.

The California native made 20 appearances for the Sparks in 2018 and was part of this season’s training camp roster before being released.

Samuelson averaged 11.1 points per game for GB in Riga and Belgrade as part of the historic run to the semi-finals.

The guard fired in a personal best of 28 points in a crucial win over Montenegro and hit a total of 10 threes in her first major international tournament.

Meanwhile, Temi Fagbenle has returned to action with Minnesota Lynx – averaging 19.5 minutes per game in two appearances since making the All-Star Five at EuroBasket.