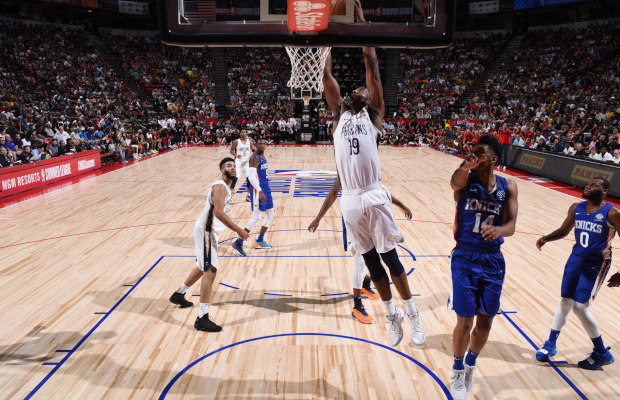 Kavell Bigby-Williams showed out in his first NBA Summer League appearance with a double-double for the New Orleans Pelicans, in Vegas.

The 6’11” forward had initially signed an Exhibit 10 deal with the Charlotte Hornets according to reports, but The New Orleans Times-Picayune report the Pelicans have now brought him in on a similar deal.

Bigby-Williams put up 12 points – on 5 of 6 shooting – along with 10 rebounds as the Pelicans were leading New York Knicks 80-74 in the fourth before an earthquake interrupted, and eventually cancelled the game.

The Pelicans are back in action at the Vegas Summer League against Washington Wizards on Saturday night.