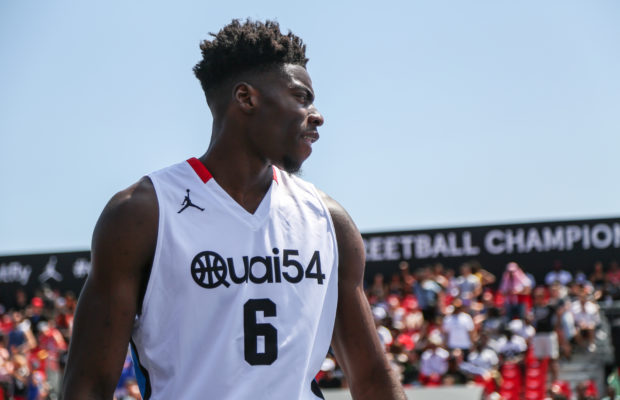 Leicester Riders have announced the signing of former GB Under-20 forward Jesse Chuku for the 2019-20 season.

The Lehigh graduate will play in the BBL for the first time in what will be his fourth season as a pro having played in Greece and Spain.

Last season, Chuku averaged 4.3 points and 2.5 rebounds per game at Melilla as they fell in the semi-finals of the LEB Gold playoffs.

Leicester Riders welcome @jessechuku, fourth-year pro out of @LehighMBB, to the roster for the upcoming season!

“I’m very excited to sign for the Riders,” said Chuku. “I believe that there is a professional atmosphere here and a winning culture that I am looking forward to being a part of.

“The BBL has come a long way especially in recent years, I have been impressed by the talent it has drawn to the league and the increasing interest among people.

“I definitely see it having exponential potential for growth in the future, especially as more homegrown talent joins the league.”

Coach Rob Paternostro added: “We are thrilled to be working with Jesse this season. When we found out he wanted to stay in England to play this season we jumped at the chance to sign him.

“He is a player with quality professional experience and is a guy we feel will fit in well with the way we play.

“He is strong and very athletic so can block shots and can really run the floor, his versatility is something that we are looking forward to utilising this season.”

Chuku joins BBL veteran Andy Thomson on the roster for next season after the Riders captain was first to be confirmed as staying with the playoff champions.