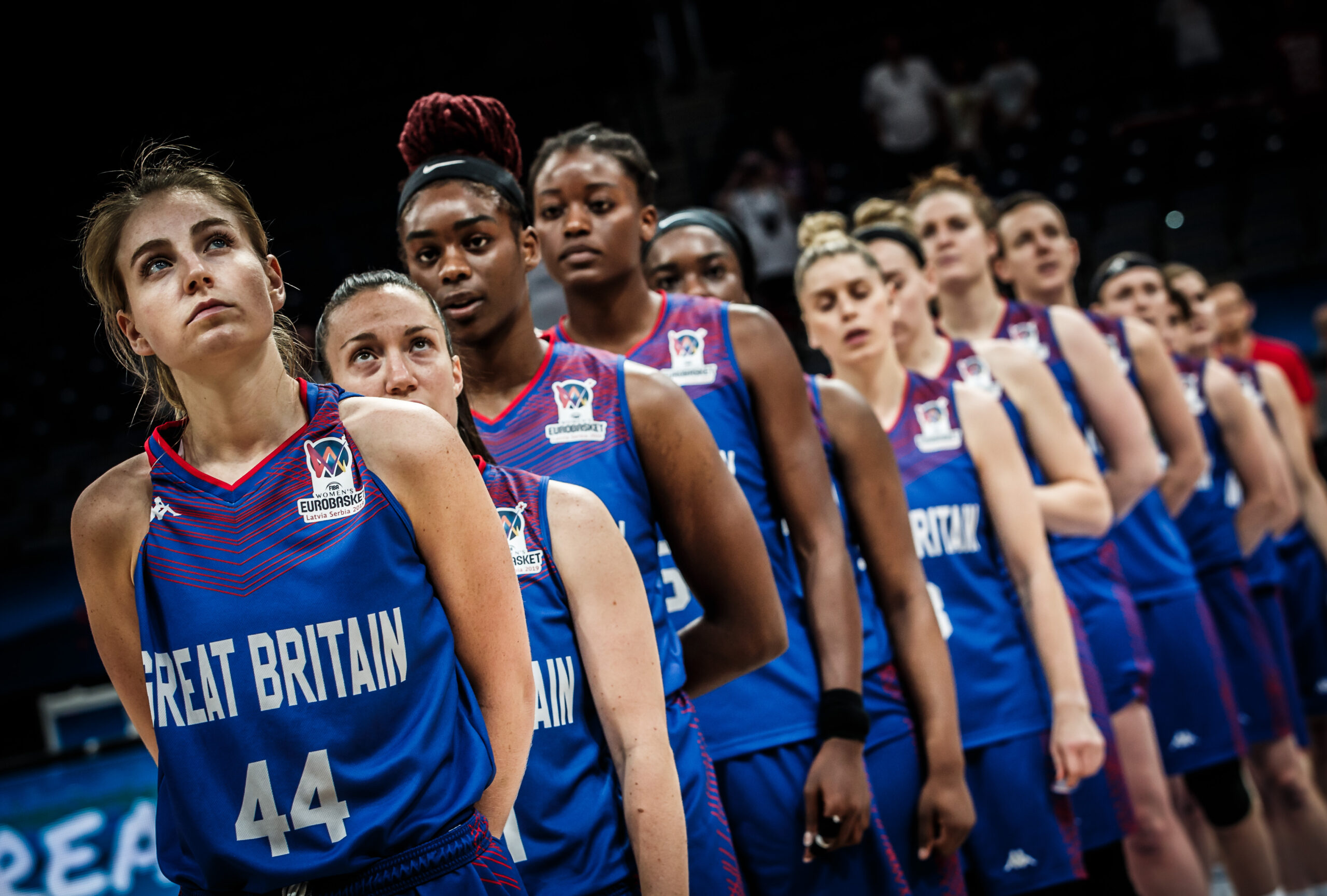 Chema Buceta’s side will face either France or Belgium in the last four and are guaranteed to be playing for a medal, whilst also advancing to the 2020 Olympic Qualifying Tournament.

Temi Fagbenle – a genuine MVP candidate – was dominant once again for her side, finishing with 29 points and eight rebounds. Jo Leedham proved basketball is not all about scoring with 12 boards and eight assists to accompany four points, whilst leading an incredible defensive effort.

GB found good looks early, but the shots just wouldn’t drop as their opponents raced out to an early 7-0 lead. Fagbenle’s inside score snapped an 0-of-6 start – after Samuelson opened GB’s account with 1 of 2 from the free throw line – and she found more success going up against the towering presence of Bernadette Hatar.

Georgia Jones stepped up off the bench to knock down a first triple for GB and they took the first lead on a score from Cheridene Green to make it 15-13 at the end of the first quarter.

Eilidh Simpson fired in from downtown before Chantelle Handy followed with successive threes of her own to push the lead out to 24-15 – a 19-4 spell across quarters to gain control in the contest.

The hot streak from outside cooled somewhat, though GB’s defence kept things tight at the other end. Fagbenle took the ball back inside with a strong and-1 move to make it a double-digit game, and the 10-point gap would remain at the half as Jones added her second triple to make it 32-22 at the break.

Hungary showed signs of a revival midway through the third as the deficit was cut to seven points, but Fagbenle responded with five straight including a first three of the tournament. An even period saw the gap remain at 10 points with a 48-38 advantage taken into a massive final 10 minutes with huge stakes on the line.

The lead was cut to six. Nothing new for GB having seen Ukraine and Montenegro both make second half fightbacks in Riga. While panic may have crept in in years past, this GB side has proved its resilience time and time again.

Fagbenle, rock solid scoring at will. But again, Hungary closed in, and this time were within five at 51-56. Then further still as Yvonne Turner pulled up from three to make it a two-point game inside the final two minutes.

Somehow they didn’t tie the game. At the other end, Fagbenle made no mistake to put GB up 60-56 with 46 seconds left on the clock, on the brink of yet more history.

Hungary fired in from three, finally found a way to stop Fagbenle then had the chance to win it. Samuelson stood firm in defence up against Hatar to force the miss and then knocked down a pair of free throws. Overtime was not far away, but GB were able to celebrate an incredible triumph.

WHAT. A. FINISH 🔥🔥🔥🔥. Another HISTORIC DAY for @gbbasketball 🇬🇧. #EuroBasketWomen