GB Under-18s Fall Away in Loss to Germany, 1-2 in Group - Hoopsfix.com 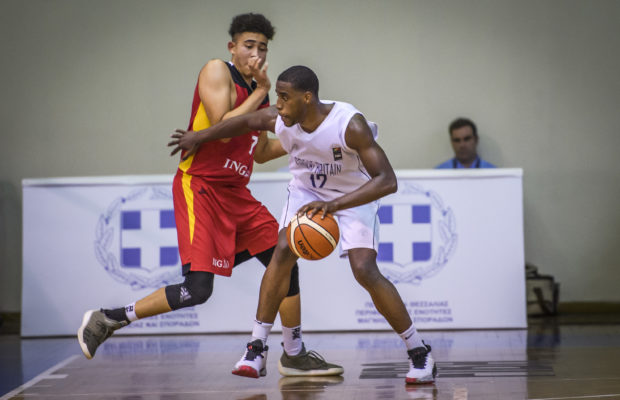 Great Britain Under-18s fell to their second loss at the European Championships after going down 66-86 against Germany in Volos, Greece, on Monday.

Alan Keane’s side finish the group phase 1-2 and now await their Round of 16 opponents with victory on Wednesday securing Division A status next summer.

Tomiwa Sulaiman top scored with 14 points with Josh Uduje and Mate Okros close behind on 11, while Tosan Evbuomwan and Ethan Price both added nine points apiece.

Germany jumped out to an 8-2 start as they found ways to create their own shots inside, but Evbuomwan had back-to-back scores out of a time-out before Okros marked his return to action with a corner three.

GB continued to stay close and an intriguing duel between Price and Ariel Hukporti developed with the German 7-footer throwing down a big dunk after posting up before Price responded with a contested three at the other end.

Keane handed first minutes of the tournament to Cam Hildreth in another injury boost – though Sam Grant remained sidelined – with GB only down three at 17-20 at the end of the opening period, despite their opponents shooting above 55%. 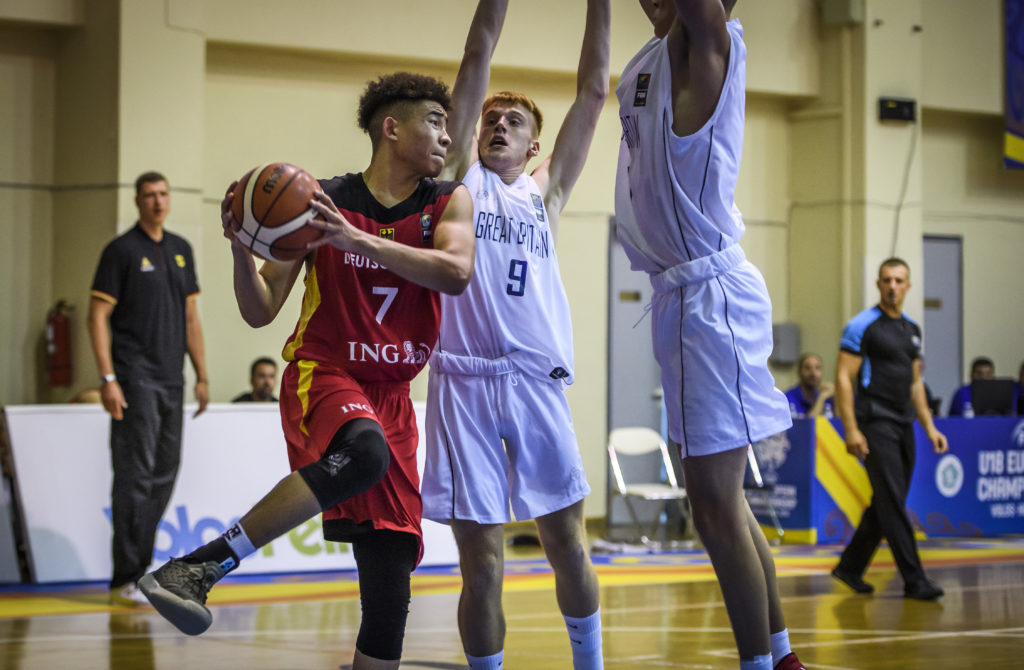 And, GB surged into their first lead at the start of the second with a 7-2 run. The two sides traded scores from downtown as Veron Eze made an instant impact with a three, but Germany would score eight without reply and lead 41-34.

Another Okros triple capped a 7-0 run, though GB would trail 43-45 at the half with their opponents paced by 14 points on 5 of 7 shooting from Luc Van Slooten, while Jordan Samare joined in on the dunk-fest.

GB took the lead on a 10-0 run early in the third with Evbuomwan knocking down the three to make it 53-50. Careless turnovers crept in and the outside shooting cooled in the midst of an 11-2 close to go 58-67 behind with 10 minutes to go.

A low-scoring start to the fourth ensued with Theo Hughes’ simple score under the basket the only field goal in the opening five minutes. Hughes scored again past the mid-point before Germany hit a three – just their fourth of the game – to establish a double-digit lead at 72-62 with 4:08 remaining.

That sparked a decisive 9-0 run as Germany pulled away to claim their first win of the tournament, while GB finish bottom of the group regardless of the result between Serbia and Turkey.

If Serbia were to lose, the three-way tie with 1-2 records would be as followed: