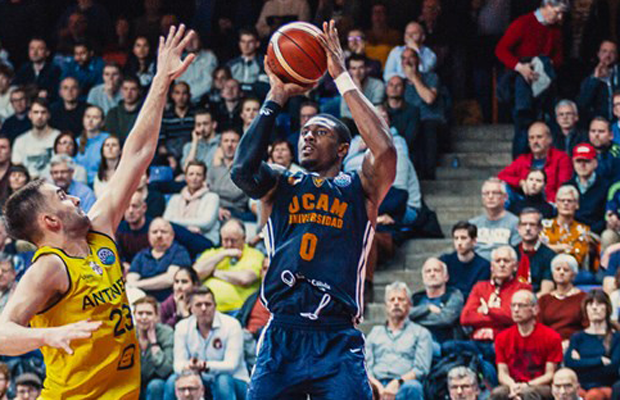 Great Britain’s Ovie Soko has been named to the Basketball Champions League Star Lineup Second Best Team after another standout season with ACB side UCAM Murcia.

Soko led Murcia to a 13-1 record through the season, finishing atop of Group A, before exiting in the first round of the playoffs to eventual Final Four team Telenet Giants Antwerp. He adds his all-league honours to his cabinet after being named first-team last year.

Exceptional #BasketballCL season 👏 by the members of the Star Lineup Second Team 🥈! #BCLAwards

The 6’8″ forward averaged 12.8 points and 6.8 rebounds to lead his side in both categories, as he once again cemented his status amongst the best British players on the continent this season.