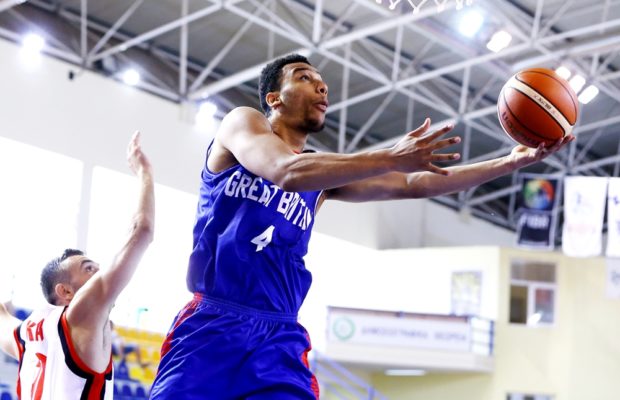 Earl Russell is set for his first season as a pro after his signing with Glasgow Rocks for the 2019-20 season was announced, today.

The former GB Under-20 international spent this season at NAIA DII school Rio Grande University, where he averaged 10.2 points and 6.9 rebounds per game.

“I am excited to be joining the Glasgow Rocks,” said Russell. “I am extremely grateful for the opportunity to be part of such a great organisation and I’m looking forward to joining up with the team. Go Rocks!”

The Rocks are delighted to announce that four of our key squad members have re-signed ahead of the 2019-20 BBL Season as well as one early new addition of British Forward, Earl Russell to the side for next season’s campaign.

Russell competed in the 2015 edition of the Hoopsfix All-Star Classic in the Under-19 game before heading to play for Western Wyoming for two years at JUCO level.

The 6’8″ forward also won the EABL Championship with Myerscough College after they defeated SGS College in the 2015 final.

Russell will play alongside current GB international Gareth Murray next season with the Scot announced as one of four re-signings along with Jonny Bunyan, Alex Geddes and American guard Greg Pryor.