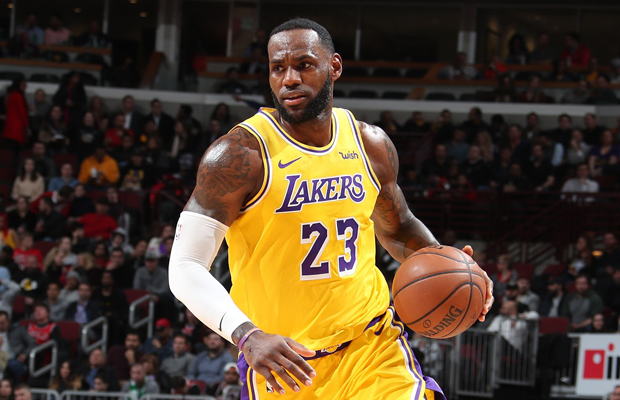 Results are based on sales on NBAStore.eu from October 2018 through April 2019.

Rounding out the top five players are the Golden State Warriors’ Stephen Curry (No. 2), the Miami Heat’s Dwyane Wade (No.3) – a testament to the popularity of the three-time NBA Champion and 13-time All-Star ahead of his retirement – the Boston Celtics’ Kyrie Irving (No. 4) and the Milwaukee Bucks’ Giannis Antetokounmpo (No. 5), the only European player in the top 10.

LeBron James’ move to the Los Angeles Lakers last summer has had a significant impact, with Lakers merchandise reaching the second spot in the UK (up from fourth last year). The Warriors and the Lakers are followed by the Chicago Bulls at No. 3, the New York Knicks at No. 4, the Boston Celtics at No. 5 on the team merchandise list.

Europe-wide, LeBron James remains at the top spot of the NBA’s most popular jersey list, with Rookie of the Year contender Luka Doncic making his debut on the list at No. 14. Meanwhile, the Los Angeles Lakers have replaced the Golden State Warriors as the most popular team in Europe in the team merchandise list.