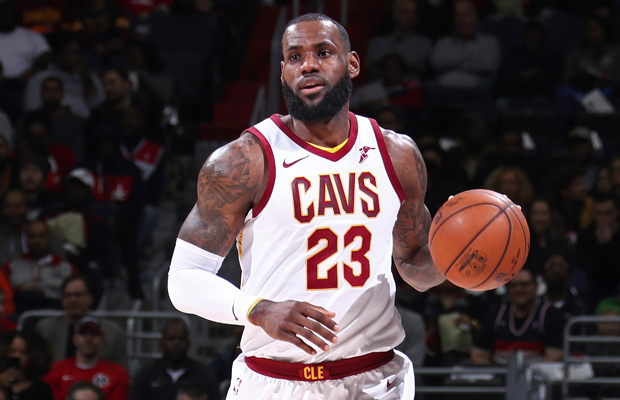 Three-time NBA Champion and four-time NBA MVP LeBron James secured the top spot on the National Basketball Association’s (NBA) list of most popular jerseys in the UK, the NBA has announced.

European players Giannis Antetokounmpo (Greece) of the Milwaukee Bucks and Kristaps Porzingis (Latvia) of the New York Knicks have made the list for the first time at No. 4 and No. 9, respectively. Additionally, Los Angeles Lakers rookie Lonzo Ball makes his debut on the list at No. 7.

At an European level, the list of most-popular team merchandise has seen some movement, with the Cleveland Cavaliers overtaking the Golden State Warriors for the top spot. The Oklahoma City Thunder climbed four spots from the last list (Oct. 2017) to No. 3, while the Eastern Conference-leading Boston Celtics rose one spot to round out the Top 5.