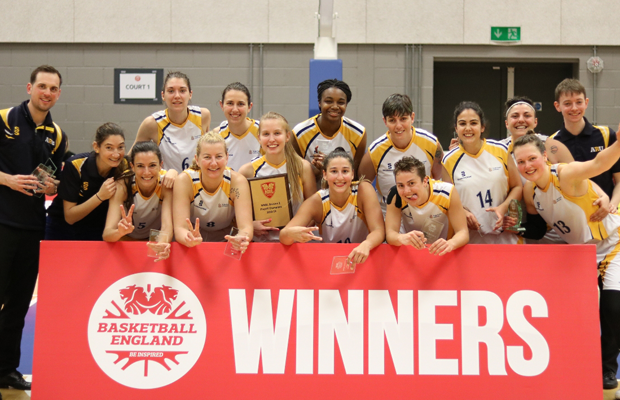 Although ARU were never firmly in control of the contest, they always found a way to do just enough to keep their noses in front. Reading battled throughout, but could never find that key basket or momentum shifting play to take the game in their favour.

MVP honours for the second year running went to captain Katrin Hulme after a double-double performance of 21 points and 16 rebounds to go with three assists and three steals.

Sofia Koutsourelaki added 9 and 7 assists for ARU, and Ilaria Zaffaroni had 10 points.

Anglia Ruskin Coach Michael Hanson-Morris said: “That was really pleasing. It’s been a long season and we really ground it out. I think we’re 18-5 now as a team this year. We thought we deserved the opportunity to win a trophy coming into today and we played really well so I’m happy with that.”

“As we said before the game, the key to the game was likely to be the rebounds and I think we defended decent but they did grab rebounds and scored some second chance points from that and for me that was a big part of the game.”