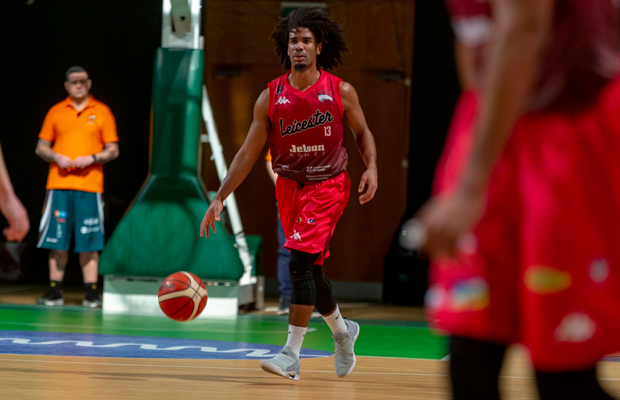 Additionally, the opening legs of the BBL Trophy Semi-Finals were played.

Here’s a look at the standings:

Another weekend in the books – one more weekend of BBL action to go this month before the international window!

And here’s a round up of all the action:

The hosts put on a second half show to move into the Top 5, while Flyers are reflecting on their continued struggles after losing for the sixth time in seven games.

The Royals posted an 11-2 finish to the third period and that effectively put the game to bed as they moved 18 points ahead. It gave them a huge cushion for when Bristol tried to launch a late salvage mission.

Matthew Bryan-Amaning didn’t shoot the ball as well as he would have liked and yet still completed a double-double of 18 points and 13 rebounds, as well as swatting 3 shots.

Ed Lucas did shoot well for his 17 points, while Ashley Hamilton did absolutely everything in an all-action 8 points, 10 rebounds, 3 steals, 2 blocks and 2 assists, and Will Neighbour added 14.

For Bristol, Jalan McCloud’s 28 would not be enough, as Fred Thomas had 24 and Daniel Edozie joined them in double figures with 10 points and 10 rebounds.

Cheshire turned a six-point half-time deficit into a six-point lead at 53-59 late in the third before the home side mounted their fight back. The Riders took over with their defence setting the tone in a dominant fourth quarter as they kept their opponents to 10 points.

Pierre Hampton led the way for the Riders with 20 points with Andy Thomson contributing 16 off the bench. Holder added 9 rebounds to 15 points, while Conner Washington handed out 10 assists as the Riders’ depth showed once again.

Louis Sayers led Cheshire with 17, CJ Gettys had 14 and 16 rebounds, and Daniel Norl 12 points, 6 rebounds and 5 assists, but Phoenix are now at 10-11 in seventh place in the table.

The Eagles avenged their Trophy loss against the Giants last month as they improve their league record to 12-6 with Danny Byrne’s side dropping to 9-10.

The Giants made an 8-20 start before the Eagles rallied and took their first lead in the second. Rahmon Fletcher suffered an injury in the third, but Newcastle finished the third strong in his absence with Kyle Williams’ three at the buzzer making it a nine-point lead and they were able to close out the win in the fourth.

Victor Moses top scored with 26 points in the win for the Eagles along with 9 rebounds, while Darius Defoe posted a double-double with 21 points and 10 rebounds and Kyle Williams came up with an important 20 points off the bench. Rahmon Fletcher had 9 assists in 23 minutes.

Ingus Bankevics had 21, Willie Clayton had 18 points and 18 rebounds, Callum Jones had 15 and Vlatko Granic finished with 12 points and 15 rebounds.


The Cup winners will take a 27-point lead back to the Copper Box with Manchester facing an uphill battle in Thursday’s Second Leg.

The Lions made a strong start and forced Willie Clayton into three quick fouls and despite a fightback from an under-manned Giants team in the third, the visitors pulled clear for a big winning margin.

Vlatko Granic finished with 25 to lead Manchester, Mike McCall had 18 points, 5 rebounds and 5 assists, whilst Callum Jones had 15, as Clayton was neutralised with 5 points and 9 rebounds.

💬 "Our plan was to come in, play defence and do what we do best"

We caught up with Kenny Carpenter following Rocks win over Bristol Flyers#GoRocks pic.twitter.com/fQESBV9GLG

The Flyers came out firing in the third having been 11 down at half-time as they knocked down five straight threes in a 15-3 burst to take a 53-57 lead.

However, the Rocks also got hot from downtown – finishing with 56% shooting from beyond the arc- and a strong 10-2 finish made it an eight-point game ahead of the fourth and pulled clear for the win.

Greg Pryor led a balanced attack with 18 points and five assists in the win as six players in total hit double figures for the home side, with Ali Fraser having 16 and Gareth Murray 14.

The hosts led by 11 points at the end of the first quarter, but the Riders gradually battled back and took the lead on a 10-0 run late in the fourth. Down 79-86 ahead of the final minute, Plymouth hit back-to-back threes to apply late pressure before Tim Williams sealed the win with an open dunk.

Williams was huge for the Riders as he continues to make an instant impact since his arrival – a game-high 34 points on an impressive 16 of 19 shooting, whilst adding five boards and three assists.

Josh Ward Hibbert had 15 and JR Holder 12, whilst Plymouth were led by 21 from Donte Nicholas, 17 and 6 assists from Josh Wilcher and 14 from Rashad Hassan.

Rob Paternostro’s side move to 14-4 after extending their win streak over the Raiders to 25 consecutive games with the home side now at 10-10.

The Royals avenged their defeat on New Year’s Day to move into the top four with their 11-6 record, as they raced out to a 4-16 start and never looked back in a convincing victory. After an even second, the visitors dominated the third to push their lead close to 30 points.

Will Neighbour starred against his former side with an all-round display consisting of 18 points, 9 rebounds, 5 assists and 3 blocks with Ed Lucas also netting 18 points in the win, while Wes Washpun contributed 9 points, 10 rebounds and six assists ahead of Tuesday’s Trophy Semi-Final.

Surrey were led by 19 from Quincy Taylor, 15 from Anthony Elechi and 14 from Willie Atwood, but they fall to 3-16.