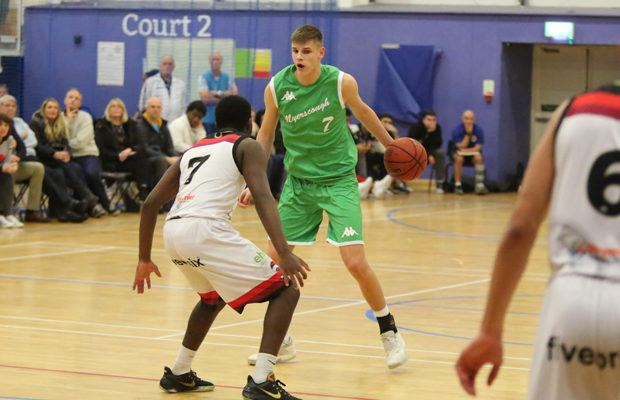 The 2018 edition of the annual Haris Memorial Tournament opened on Thursday evening in Manchester, with four games taking place.

Myerscough College vs Charnwood College
Myerscough overcame a three point barrage to came out on top with an 89-82 victory over Charnwood in a battle of two of the top EABL schools.

Amari Williams with the beautiful no-look feed to @SanmiFajana for the two handed flush for @My_bball at @HarisTournament today! 👀🇬🇧🏀 #Hoopsfix #Haris2018 pic.twitter.com/bkl4UG8tK3

Charnwood opened the game with four consecutive triples, knocked down nine in the first half and 12 for the game, but ran out of steam, as Myerscough, led by Mate Okros, gained a cushion in the final minutes that they would hold on to down the stretch.

Bradley Kaboza added 19 points for Myerscough, with Lewis McGlasson having 13 and Sanmi Fajana 10.

Greg Wild added 15 for Charnwood, with Niall Harris and Josh Lloyd having 14 each.

With the Portuguese side having been firmly in control through the early stages, leading by as many as 20, Magic had an inspired late rally led by Boakye-Yiadom.

He knocked down back-to-back triples to tie the game with 32 seconds left, before getting fouled at the final buzzer on another three point attempt, where he went 2-of-3, missing the final one that would have forced overtime.

Povoa were led by 21 points and 9 rebounds from Miguel Barros, and 19 points, 6 rebounds and 5 assists from captain Diogo Gomes.

Boakye-Yiadom finished with 24 points and 5 steals, whilst Josh Grant was the only other player in double figures for Manchester with 14 points.

Blue Ridge dominated the glass with 26 offensive rebounds, and got 36 points off of 29 Kent turnovers, as they responded to starting the game 0-5 down with a 16-0 run to grab a stranglehold and never look back.

William Lee had 14 points to lead Blue Ridge, Emesto Torres 13 and Savion Helm and Michael Gray finished with 12 each, the latter adding 5 rebounds and 5 assists.

Jonathan Fakile and Chester Morrell had 13 each to lead Kent.

Haris Select vs CB Nova
CB Nova pulled away in the third quarter for a 80-52 win over Haris Select, who are effectively the England Under-16 squad.

Leading by nine at halftime, the Spanish side held Haris Select to just 8 points in the third period, taking a 22-point lead into the final period where they would run out winners.

All 12 players on their roster got on the scoresheets, led by 13 from Tijmen Boon and 12 from Pablo Villanueva.

Pharrell Wallace-Steel led Haris with 13 points, whilst Michael Belle and Victor Ndoku had 7 each.