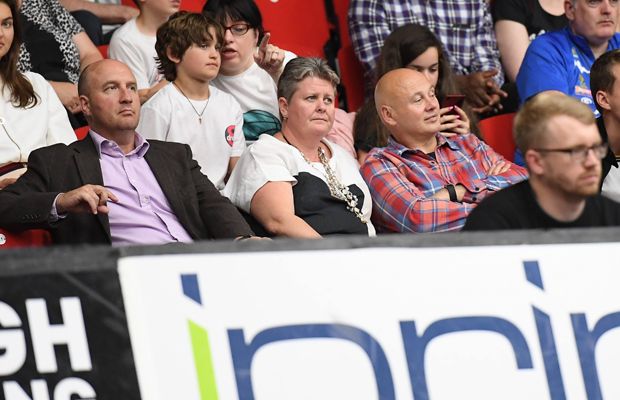 Lisa Wainwright has left her role as CEO of GB Basketball, the home nations announced on Friday, as she becomes the latest casualty of the Home Nation takeover of the British Basketball Federation.

Wainwright has been at the helm during a particularly tumultuous time – a two year period that has seen no less than six Chairs oversee the body, along with continuous struggles for funding – and her departure was seen as only a matter of time following the Home Country Associations (HCAs) effective takeover of the BBF in July, with the HCAs plan to employ a part-time Secretary General – understood to be current Basketball England board member Nicky Shaw – as they intend to cut costs.

I have left my role as CEO of GB Basketball after 2 years of leading the sport through significant political change & financial challenges. Successfully securing funds to keep all 8 GB Basketball Teams on court. All the best to GB Basketball, I’ll not be far away 🙏🇬🇧🏀 pic.twitter.com/xfPk6s2HyH

“Lisa led the work with the Government to ensure elite basketball had funding to continue bringing stability most importantly for GB athletes. We wish Lisa well with her future career and know she will not be far away from the sport as she will continue to support her three local basketball schemes in Leicestershire. For her part Lisa wishes the GB Senior Teams well for the forthcoming international matches.”