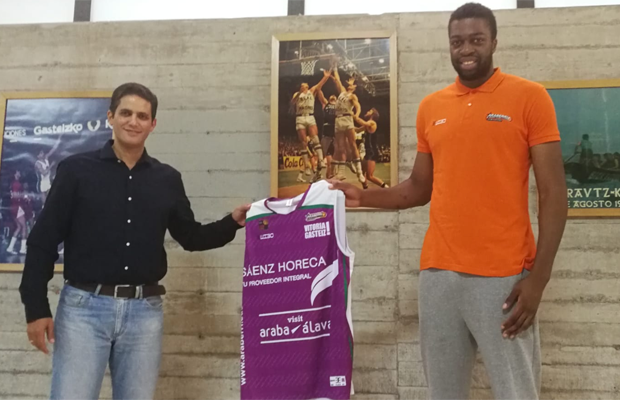 Completing a four year college career at Cal this summer, the 7’1″ centre finished his collegiate career ranked third all-time among Cal’s blocked shots leaders, and among the Pac-12’s top 10, with 201 career blocks.

Okoroh – originally a Derby Trailblazer – signed with the club last month, and has been with the team through pre-season, where they have gone undefeated in three games.

“We are a young team, but with a winning mentality and ambition,” Okoroh said in the club’s official announcement.

“We have good shooters and that will help me play a lot in the area, I know I have to improve a lot, we are very comfortable with the coach and we have very good chemistry.”

“We decided quickly on him; we like his athleticism, intimidating presence and rebounding ability.”

Okoroh also had a triple-double in an exhibition over Providence, logging 14 points, 10 rebounds and 10 blocks and was named to the Kareem Abdul-Jabbar Center of the Year Watch List for 2018.

Here are some of his best highlights throughout his career at Cal: