Luol Deng: Basketball in the UK Suffering from Hiring the Wrong People - Hoopsfix.com

Luol Deng: Basketball in the UK Suffering from Hiring the Wrong People 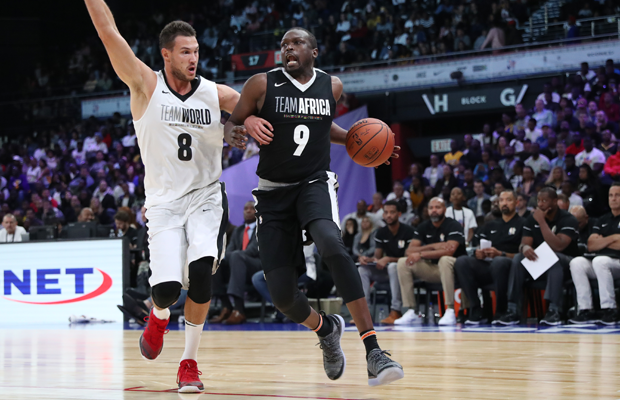 Great Britain star Luol Deng has spoken out on the current state of basketball in the UK, pointing to the lack of people in leadership with similar backgrounds to a lot basketball players causing a disconnect between the grassroots and the governing body.

Speaking to Benny Bonsu ahead of the recent NBA Africa game, the London 2012 Olympian and current Lakers forward used his former coach Jimmy Rogers, along with the late Joe White, as examples of the kind of people who should have always been involved with the game’s development from a federation standpoint.

“For me, where basketball in the UK is lacking is they’re asking the wrong people for their opinion,” he said.

“If you go into the inner cities, and you watch the people that are putting in the effort every day to work with these youth, taking them out of the streets and giving their time to become somebody, you understand the direction that basketball needs to take.

“Instead we keep hiring people that grew up differently to most of the kids who are playing basketball, they don’t understand them, they want to have them for a week or a month and they think they’re going to improve their lives more than the people dealing with them (every day).

“What happens at the end is, they keep hiring the people they are comfortable with, but the reality is they need to get outside the box and get to the root of what basketball really is.

“And those guys long ago should have been a part of English basketball and development. If you really want to fix it you can fix it. I always say there’s ways to look good and ways to get it done, right now we’re just trying to look good.”

The comments come off the back of the recent dispute between the British Basketball Federation (BBF) and the Home Country Associations (HCAs), that saw the HCAs perform a hostile takeover of the BBF to regain control and pull the sport into disrepute.