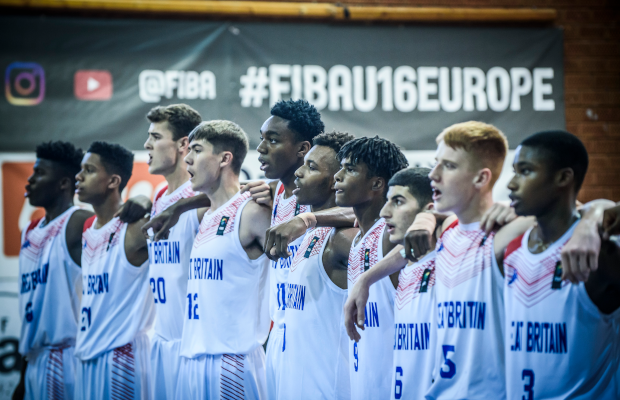 Great Britain Under-16s suffered their first loss at the European Championships after falling to an 92-70 defeat against Romania in Sarajevo, on Friday.

James Vear’s side are now 1-1 having beaten Ireland in their opener with three games still to play in Group A.

“Today was a tough one for us because we were not consistent enough on the defensive end and Romania did a very good job of exploiting that,” Vear commented.

“We will regroup and make sure we are prepared tomorrow for Luxembourg.”

Matt Marsh top scored with 16 points along with 10 rebounds for a double-double, while Cameron Hildreth added 15 points.

GB made an encouraging start in an even opening period, but never led by more than three points with the game tied at 18-18 after 10 minutes.

Cameron Hildreth (@camhil06) putting the moves on his defender before stepping back for three! 👌🇬🇧 #FIBAU16Europe pic.twitter.com/dmzkAFFRDl

Romania began to pull away at the start of the second as they quickly established a double-digit advantage. The outside shooting of Veron Eze and Hildreth kept GB in contention, but found themselves 43-34 down at the half after their opponents were awarded a late score that appeared to be after the buzzer.

Marsh had a couple of thunderous throwdowns in the third quarter, but the gap continued to grow as Romania racked up 26 points to build a 69-51 advantage. GB continued to fight until the end with some of the bench earning valuable minutes in the fourth as they went down to a 20-point defeat.

Cameron Hildreth (@camhil06) with the pretty dish to Matt Marsh for the strong finish with two hands! 💪🇬🇧🏀 #FIBAU16Europe pic.twitter.com/7ULEa9Ho4M