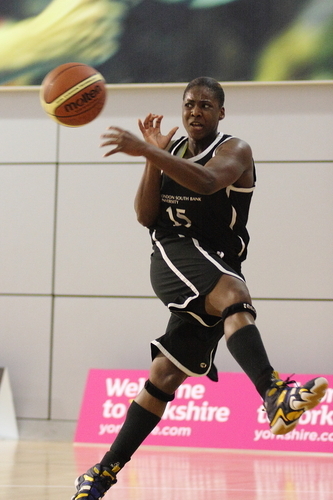 Great Britain Under-20s finished 10th at the European Championships in Oradea, Romania, after falling to Greece, 64-72, on the final day.

Jeff Jones’ side had edged out Denmark for a 62-61 victory on Saturday, but were unable to repeat an early success over Greece they had in the group phase.

Savannah Wilkinson top scored with 23 points in Sunday’s loss and finished with 143 in total – potentially the tournament’s leading scorer with Turkey’s Ilayda Guner (134) still to play.

GB closed the opening period on an 11-0 run to lead 22-11 and were up 12 early in the second when Zoe Willis knocked down her side’s sixth 3-pointer from 11 attempts.

However, Greece battled back to cut the gap to 38-36 at the half and then controlled the third as they established a double-digit advantage of their own at 46-56.

Wilkinson scored 11 points in the fourth to get GB back to within four, but Greece responded with a deep three and were able to close out the victory.

On Saturday, Wilkinson led the way against Denmark with 19 points with Shauna Harrison adding 18 points, while Ozzy-Momodu – the tournament’s leading rebounder – had 11 points to go with 14 boards.

A strong second quarter saw GB lead 31-24 at the half only for the Danes to respond well in the third, holding their opponents to seven points as they took the lead.

GB poured in 24 points in the fourth as they re-gained control and Harrison’s late free throw secured the win before Denmark hit a three at the buzzer.