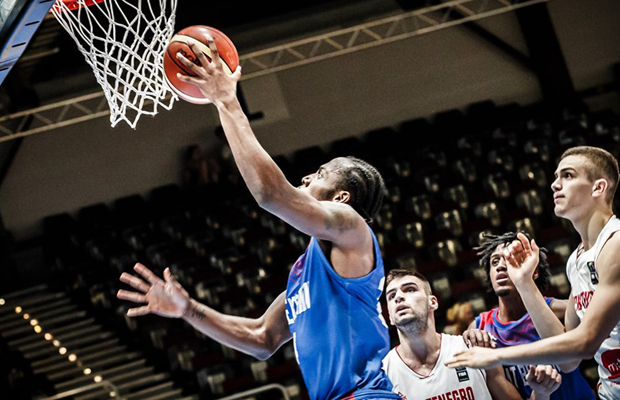 Great Britain Under-20s were unable to pick up their first win at the Division A European Championships with a 80-70 loss at the hands of Montenegro on Sunday afternoon in Chemnitz, Germany.

Montenegro led from start to finish, extending their lead to as many as 21 points, but a second half comeback from GB that saw them pull within single digits on multiple occasions would not be enough.

GB U20s vs Montenegro highlights at the half. 🎥🏀 #FIBAU20Europe pic.twitter.com/FmcdVWAgBr

Carl Wheatle was dominant with 26 points and 14 rebounds – including a stretch of nine straight in the second quarter, whilst Caleb Fuller added 20, and Jelani Watson-Gayle 10 points and 5 assists to join them in double figures.

“Once again we have started the game negatively and it has put us at a disadvantage,” Head Coach Marc Steutel commented.

“The margin of error at this is non existent and we continue to learn that.

“I was proud of how we played in the second half, led by our captain Carl Wheatle, but we must continue to improve as a group.

“Our goals remain the same and we will be working to try and perform at a higher and more consistent level in our final group game tomorrow.

“I believe wholeheartedly in this group in trying to achieve our team goals.”

Things don’t get any easier for GB in Division A, as they now face Lithuania on Monday at 8:15pm to round out the Group Phase.