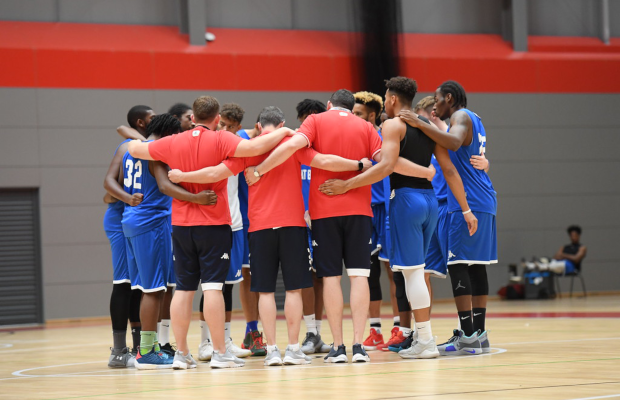 Marc Steutel’s side defeated Poland twice in preparation games last week and they head to Germany ahead of their Division A campaign.

“We have a talented group of players who will be tested against the best young players in Europe but we have had a good training camp and we know these boys can perform at the highest level,” said Steutel.

RJ Eytle-Rock and Carl Wheatle were the only players part of last summer’s promotion effort, while five players – Kayne Henry, Caleb Fuller, Sesan Russell, Nelson Boachie-Yiadom and Romario Spence – step up from the Under-18s side that also achieved promotion in 2017.

Sean Nealon-Lino is the sole representative of Scotland in the 12 having competed at the Commonwealth Games in April, while Jelani Watson-Gayle previously played for England Under-16s in 2014 with Zion Tordoff and Dan Akin representing England Under-18s in 2016.

Evan Walshe is set to make his European Championship debut.

Meanwhile, Brian and Adria Amabilino-Perez are two of the five players to miss out from the initial squad alongside Carl Campbell and Eisley Swaine.

GB’s opening game is against Turkey on July 14.