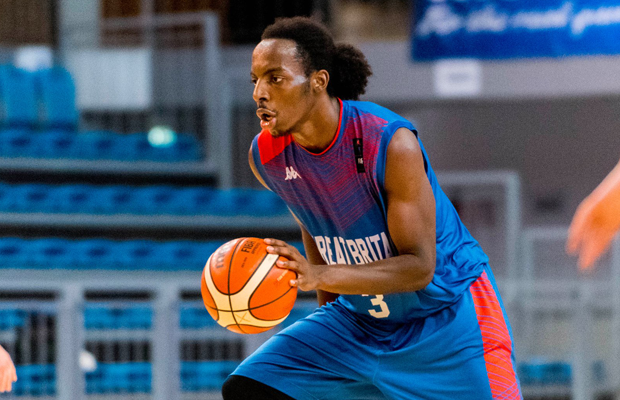 An initial list of sixteen players have been named to the preliminary Great Britain Under-20 men’s squad for the summer of 2018.

They will be guided by new Head Coach Marc Steutel, who returns to the GB U20 programme for the first time since 2013 when he was an assistant to Doug Leichner.

The team, made up of 1998 and 1999 born players, prepare for a venture in Division A after gaining promotion last summer with a third place finish in Romania. Angelico Biella’s Carl Wheatle and Peddie School’s RJ Eytle-Rock – who has committed to UMBC next season – will be the only two players returning to reap the fruits of their labour.

As has become a normality with the Under-20 age group, the majority of the players return after a year overseas with just four of the sixteen having played in the UK this season; and all four of those will depart for college careers in the US after the summer.

Kayne Henry-McCalla, Brian Amabilino-Perez, Caleb Fuller, Sesan Russell, Nelson Boachie-Yiadom and Romario Spence make the step-up from the Great Britain Under-18s last summer, whilst Sean Nealon-Lino – fresh off an appearance with the Senior Men at the Commonwealth games – is the sole Scottish representative.

“We are excited to see the final selection of players in camp and start working towards our goals,” Head Coach Marc Steutel said.

“The group consists of players who have represented national teams positively in the past and welcoming some newer players into this environment. Speaking with everyone of them to this point I am thrilled with the desire expressed by all players to represent their country to the best of their ability.

“This is highlighted none more-so than Carl Wheatle, who has been one of our best ever junior international players, and will be joining us after representing the seniors in the World Cup window. This level of pride and commitment from Carl will be contagious in the squad.

“I genuinely believe in the potential of British Basketball and understand how fortunate I am to be able to work with this talented group of players and staff. We can’t wait to get started now!”

Thirteen of the sixteen players have played in the Hoopsfix All-Star Classic.

GB head to Chemnitz, Germany, for their Division A campaign at the European Championships after gaining promotion last summer, and have been drawn in Group A alongside Turkey, Montenegro and Lithuania.

The European Championships get underway on July 14 with GB’s opening game against Turkey.