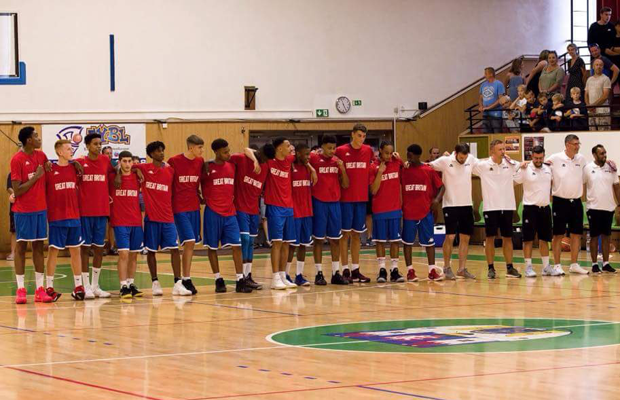 Great Britain Under-16s were unable to split their games against Czech Republic, falling 87-79 in an 11-minute quarter prep game on Saturday afternoon in the Czech Republic.

Veron Eze led GB with 15 points and 11 rebounds, Segun Shodunke had 11 points, whilst Matthew Marsh had 9 and 3 blocks, whilst Alex Distras 8. Amari Williams finished with 12 rebounds, 3 assists and 4 blocks.

“Today was another step in the right direction with some good performances,” Head Coach James Vear commented.

“Getting two games under our belts after only 6 practices has shown us the areas we need to improve in next week when we come back into camp and play two tough games against France.”

Huge thank you to the Czech Republic federation for being great hosts and giving us two very competitive games, lots to work on in the coming week ending with two tough games vs France before we travel to the European Championships #GBFamily pic.twitter.com/3P8uEZjMkW

It was GB who held a five point lead after three quarters, having been in control for the majority of the middle two period, but were let down by a poor fourth quarter where they were outscored 22-10 to give up the victory. Vear’s side went to the free throw line 33 times, converting at just short of 70%, and blocked 10 shots.

GB fell by three in their opening game against the hosts on Thursday, and will now return home for a break before resuming training camp at UEL on Wednesday, and facing France in a two game series on Saturday and Sunday next weekend, with the Sunday game said to be open to the public (tip times TBC).