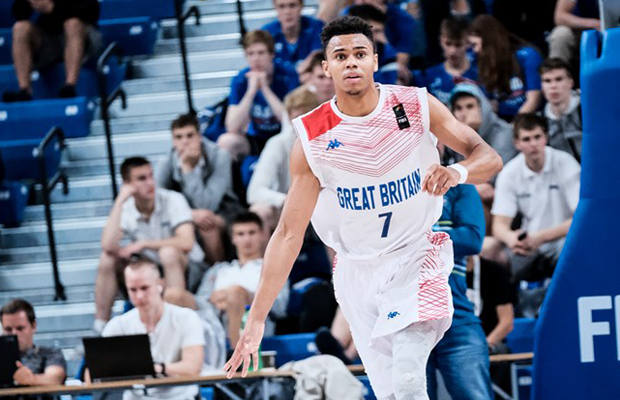 Great Britain Under-20s were unable to make it three from three in their preparation, with a 69-63 loss at the hands of Germany on Tuesday evening in Chemnitz.

GB were haunted by a rough start that saw Germany jump out to a 10-0 lead and hold the visitors scoreless for the opening six minutes, as they finished with just five points in the first quarter.

A fight back ensued, and though an 11-0 GB run in the fourth quarter pulled them within five, they were unable to get over the hump.

Caleb Fuller had 22 points as the only player in double figures for GB, Kayne Henry-McCalla added 9, whilst Romario Spence, RJ Eytle-Rock and Carl Wheatle added 8 each. Eytle-Rock added 3 rebounds and 4 assists, whilst Wheatle finished with a game-high 8 rebounds.

With the Division A European Championship campaign starting on Saturday, GB were unable to finish their preparation on a high, but Head Coach Marc Steutel was positive about the team’s progress.

“We knew today was going to be a challenge for us,” he said. “I liked how we responded as the game progressed. Every moment we have to compete at this level is important for our team development and we gained so much from the game. Whilst the outcome wasn’t favourable, we know our Group will develop from it in our group play.”

The Under-20s have beaten Poland twice in prep, finishing with a 3-1 record overall as they open the Europeans against Turkey on Saturday.