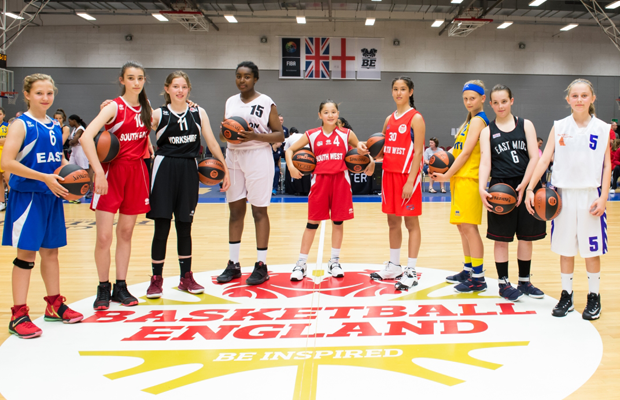 Basketball England have announced the launch of a new national 3×3 basketball programme for girls that will begin in April 2018.

With the support of FIBA’s Youth Development Fund, the new programme will aim to begin bridging the gap between male and female participation at the Under 14 level. Basketball England’s 10 regions will play an important role in the programme through recruitment, promotion and organisation.

With each region engaged to host at least one 3×3 celebration event in their area before a national event is held in mid-June 2018, over 1,000 girls will have the opportunity to experience basketball in a fun, encouraging and social environment.

Each event will be run to a format which best suits each region, with some focusing on beginner players whilst others will be focusing on encouraging girls to transition from playing basketball at school to a more regular environment.

Each region will also be responsible for providing 2 teams for the national event in June, which can be selected to recognise fair-play, most-improved or the best performing teams. The 10 Basketball Regions are North West, North East, Yorkshire, East Midlands, West Midlands, East, South, South West, South East and London.

“3×3 is a really dynamic way to play, and there is a place for everyone and any type of player. With FIBA behind this event and the amount of 3×3 that is beginning to be played around the country, this is going to be really positive for women’s basketball.”

“We hope to get more girls into basketball by using this programme to show that anyone can play. A player’s skill level doesn’t matter, there’s always an opportunity to improve. 3×3 is a great version of the game, and any girl of any ability should get involved and have some fun!”

3×3 is an ever growing format of the game and is receiving significant coverage in recent years. It has already been confirmed as a feature sport at the Tokyo 2020 Summer Olympics, as well as the 2022 Commonwealth Games in Birmingham.